Bengaluru, March 4: Dakar winners and rally legends are coming to the UAE deserts to do battle on the sands of the magical Rub' al Khali for the Abu Dhabi Desert Challenge beginning from Saturday (March 5), the second round of the inuagural five-leg 2022 FIA World Rally-Raid Championship.

As per a Red Bull media release, fierce competition is expected in categories including cars, bikes and side-by-sides with the action getting underway with a ceremonial start at the Yas Marina Circuit on Saturday.

The convoy of racers are then plunged into the desert sands surrounding Abu Dhabi until the chequered flags flies on March 10.

Coming to contest the car race is Qatari ace Nasser Al Attiyah, not only the reigning champion of the Dakar, but also the winner of last year's Abu Dhabi Desert Challenge, who will be closely followed by World Rally Championship (WRC) legend Sebastien Loeb. 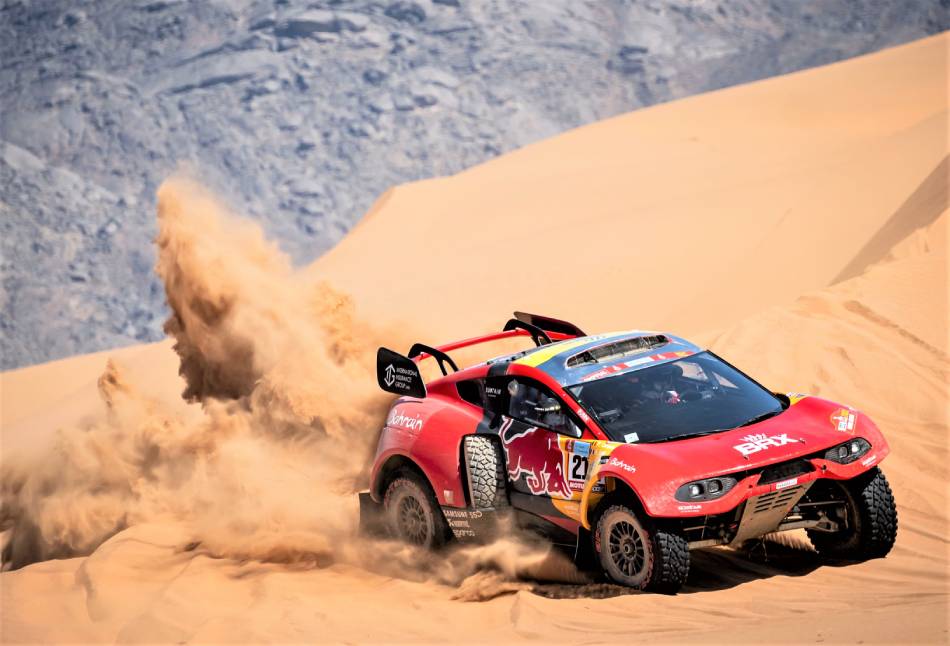 A race course of nearly 1,500 kilometres has been mapped out over dunes of all shapes and sizes for a true test of off-road racing skill and endurance.

Al Attiyah will look to increase his early lead in the World Rally-Raid Championship when he races his by now famous Toyota Hilux T1+ in the UAE alongside his French co-driver Matthieu Baumel.

"Abu Dhabi is always a tough race, but we've historically done well there," said Al Attiyah, who won his fourth Dakar in the Saudi Arabian deserts and dunes in January.

Just a single point behind Al Attiyah in the championship standings after the Dakar is Loeb. The Frenchman is out to get them better of his off-road rivals when he gets back behind the wheel of his BRX Hunter with his Belgian co-driver Fabian Lurquin.

"The car was good in the Dakar dunes and with the Desert Challenge almost entirely run over similar terrain, I think we should be fighting for a win," said Loeb.

The nine-time WRC champion's BRX Prodrove Hunter is a product of the partnership between Bahrain Mumtalakat Holding Company Mumtalakat, the sovereign wealth fund of the Kingdom of Bahrain and Prodrive, the British motorsport and engineering group.

"I'm so excited to be driving it. Now we concentrate fully on the Desert Challenge, and we're going to do everything we need to do to give ourselves the best chance of winning the rally," Loeb added.

Chasing an eighth win at the Abu Dhabi Desert Challenge is the Monsieur Dakar himself -- Stephane Peterhansel. The Audi RS Q e-tron driver enjoyed steady progress with his new machine at the last Dakar and got to celebrate a stage win in the second week. Now the Frenchman is targeting even better results in 2022 with his compatriot co-driver Edouard Boulanger.

"We had a trouble-free second Dakar week in which we were able to set some nice highlights. Now in Abu Dhabi we want to try and clinch our first podium result," said Peterhansel.