Bengaluru/Doha, February 26: Nasser Saleh Al Attiyah continued his relentless charge towards a seventh victory in nine seasons at the Qatar Cross-Country Rally, the opening round of FIA World Cup for Cross Country Rallies, with another dominant performance on the 340.28km selective section through the country's southern and western deserts.

The Qatari and French navigator Matthieu Baumel were like a pair of greyhounds out of the blocks and continued to edge away from their closest rivals.

The gap on the day's stage was exacerbated by the fact that Yazeed Al Rajhi and Michael Orr started the special 15 minutes behind them on the road. 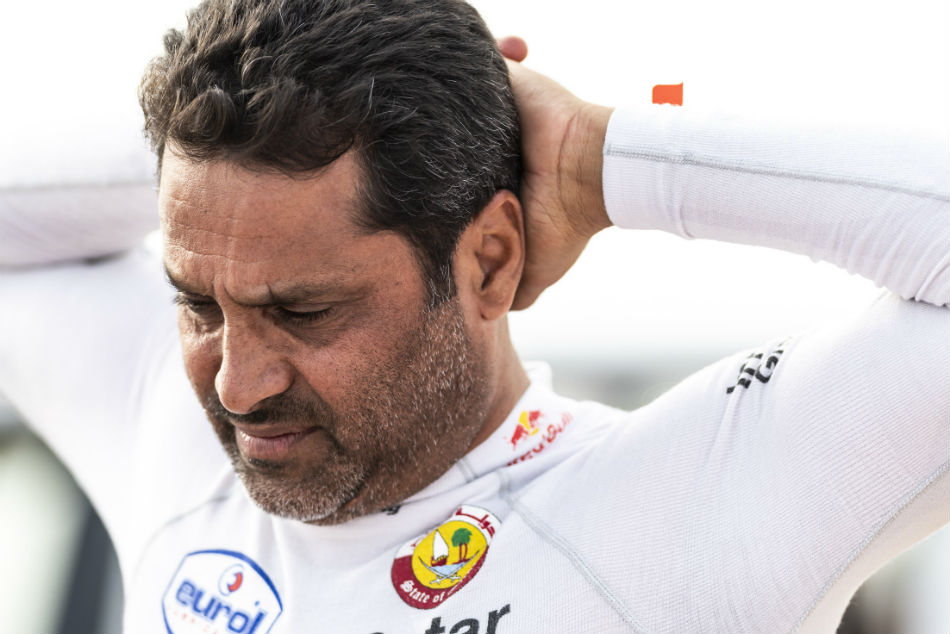 Al Attiyah guided his Toyota Gazoo Hilux to a stage time of 3hr 28min 30sec and that was sufficient to see his outright advantage increase to 1hr 21min 18sec over his team-mate.

"Jakub (Przygonski) was pushing but he doesn't have anything to lose. We did a good job from start-to-finish," said Al Attiyah.

"Some place, we've been careful to find the road. Everything disappears from the wind. We're quite happy. We won again. It was more sandy. We'll see how it goes," the three-time Dakar Rally champion added.

The day's Al Kharsaah selective section was the longest of the event at 340.28km.

The track headed south towards the Inland Sea, before turning north-west back through the central deserts to finish in the north-west of the country.

A fierce battle raged in T3 behind leader Austin Jones, who started the day with a 19-minute advantage.

Day four is split into two parts with the opening Al Shahaniyah selective section of 219.79km starting from the Dukhan road and heading north, before turning south along the west coast to finish close to the Umm Bab highway.