Bengaluru/Doha, February 28: Nasser Saleh Al Attiyah confirmed a seventh victory in nine seasons at the Qatar Cross-Country Rally, the opening round of FIA World Cup for Cross Country Rallies, and kick-started his campaign to win back the title with the fastest time on the final stage.

Having last won the FIA World Cup title in 2017, the Qatari and his French co-driver Matthieu Baumel knew the importance of a good start to the five-round series.

They secured bonus points for winning four of the event's five selective sections to secure a winning margin of 1hr 31min 40sec, despite finishing the last stage with two flat tyres. 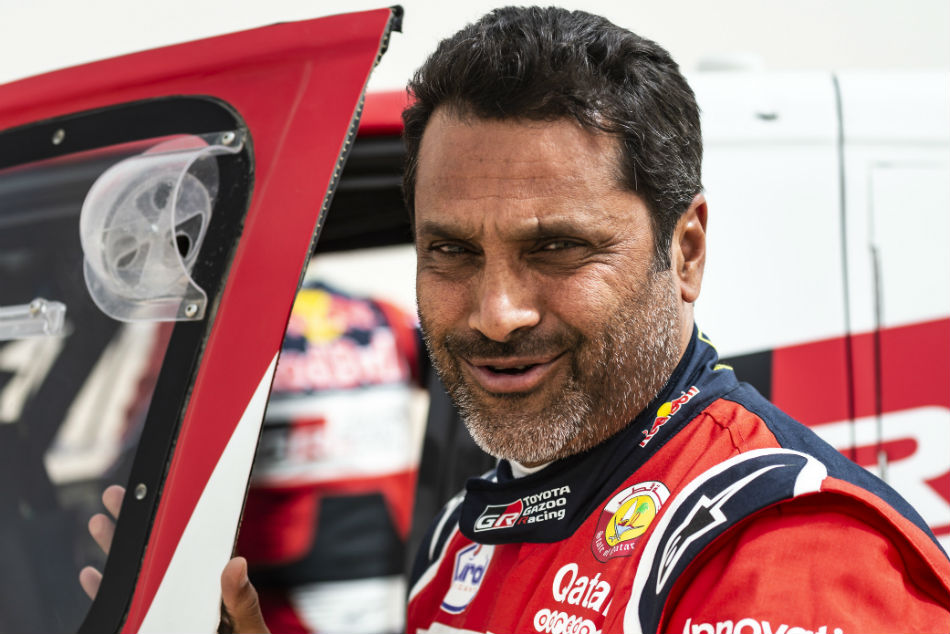 Competitors taking part in the third round of the Qatar National Baja also tackled the first part of the sixth stage.

Victory on the day fell to seasoned pro Mubarak Al Hajri in his FN Speed Can-Am from Saleh Al-Saif and Ahmed Al Kuwari.

"We're quite happy to take this win. This wasn't an easy race with lots of navigation. Today we have three flat tyres. It wasn't easy for the tyres here," Al Attiyah said.

The three-time Dakar Rally champion dwelled further, "The last 50km, we lost the pressure in the tyres and we reached the finish line with two punctures. But I won the stage and I lead the championship, so we're happy."

Yazeed Al Rajhi and Michael Orr claimed one stage win and finished the last timed section of 254.58km in third place from first on the road to confirm the runner-up spot in the second of the Overdrive Toyota Hiluxes.

They also suffered tyre wear on the abrasive rocky terrain and were then handed a 10-minute time penalty for leaving a destroyed wheel and tyre in the desert.

"We had a small tyre problem," said Al Rajhi, who reached Losail with rear left panel damage as a result.

"The tyre stripped out. That was all, except for one puncture. We stopped to change it. Then we took it easy, because Kuba (Przygonski) was at the front and he continued the stage with puncture and I followed him. I'm happy with this position. That was our plan. Let's see what happens in the future."

Poland's Jakub Przygonski and German navigator Timo Gottschalk battled back from a near two-hour time loss on day two to secure the final podium place on their first appearance together in a Toyota.

Broken steering and punctures had pushed the 2018 FIA World Cup champion down to seventh position at the start of day three, but the Pole found an impressive rhythm for the remainder of the rally and reached the end of the last stage at Ash Shafallahiyah with the second quickest time, he too crossing the finish line with two flat tyres.