Austin, April 15: Alex Rins capitalised on Marc Marquez crashing out to claim his maiden MotoGP win at the Grand Prix of the Americas.

Marquez appeared set to continue his dominance in Austin, only for a seventh straight triumph to slip away when his race came to a premature end on lap nine. 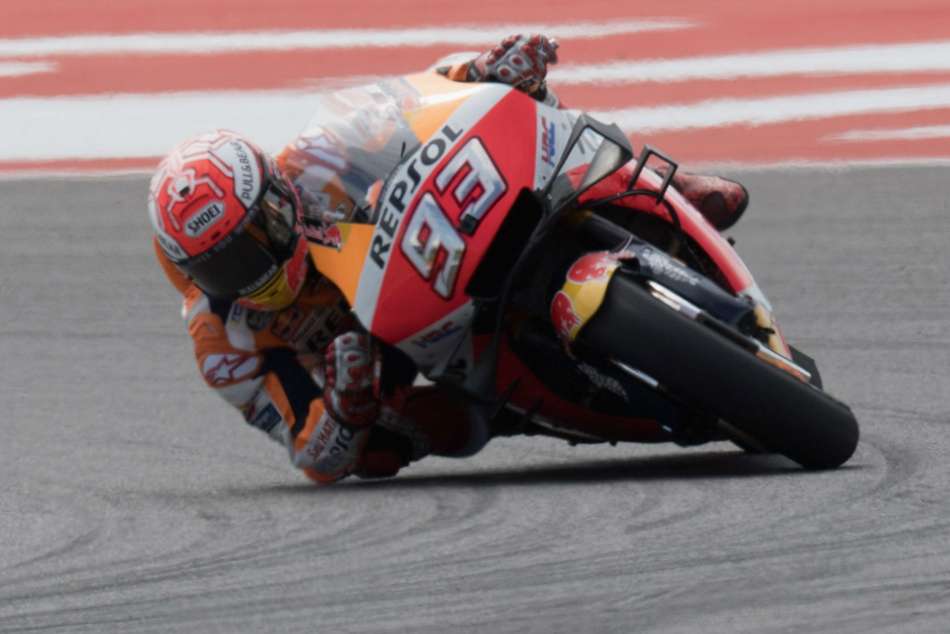 Having started from pole position

Valentino Rossi was immediately promoted to first place and the Italian remained out in front until Rins made his move with four laps remaining.

His decision to dive on the inside paid off as he passed the Yamaha, Rossi's attempts to reply only creating the opportunity for the new leader to move clear of his nearest rival.

"He was my idol when I was very young," the talented 23-year-old from Barcelona told BT Sport after his battle with Rossi. "This is an incredible feeling."

Jack Miller finished in third and, while Andrea Dovizioso missed out on the podium, a fourth-place finish allowed him to take over at the top of the overall standings after three races.

Franco Morbidelli and Danilo Petrucci were fifth and sixth respectively, ahead of rookie Fabio Quartararo, Pol Espargaro and Francesco Bagnaia.

Takaaki Nakagami rounded out the top 10 but fellow Honda rider Jorge Lorenzo failed to finish, a mechanical problem ending his hopes of picking up any points during his time in Texas.