Bengaluru, November 7: Francesco Bagnaia (Ducati Lenovo Team) was unstoppable at the Algarve GP and picked as he picked up his third victory of the season, with his latest 25-point haul handing Ducati the 2021 FIM MotoGP World Championship Constructors title.

With five laps to go, at Turn 5, newly-crowned FIM MotoGP world champion Fabio Quartararo slipped out of contention. A first DNF of the season was endured by the Frenchman, not the way he imagined his Algarve GP going. 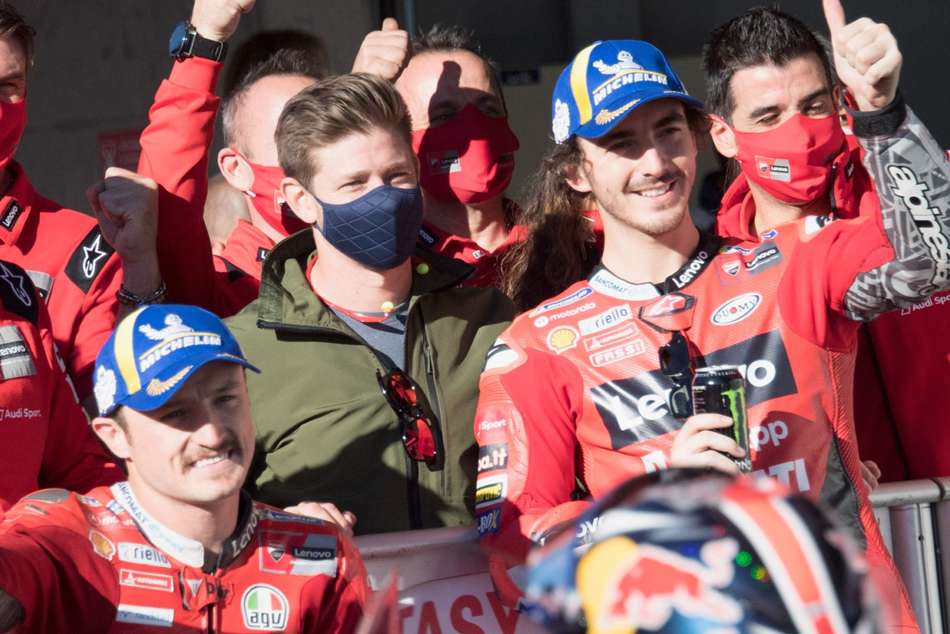 Alex Marquez' fantastic weekend ended with the Spaniard unluckily missing out on a chance to attack Miller for the final podium spot, but it was nonetheless a brilliant rider from the LCR Honda Castrol man - a best result of the season for the number 73.

Johann Zarco claimed a lonely P6 in the end, a result that confirms the Frenchman as the top Independent Team rider in 2021.

Pol Espargaro's P6 was a job well done for the Spaniard, and talking of jobs well done, Jorge Martin's P7 was fantastic.

Only a few months on from his Turn 7 horror crash, Martin returned to Portimao to pick up an impressive result to help Pramac Racing become Independent Team Champions - with Martin now just three points down on Enea Bastianini (Avintia Esponsorama) in the Rookie of the Year fight.

Pecco is back on top! The Italian has sealed the runner-up spot in the 2021 FIM MotoGP World Championship, as well as helping Ducati secure the Constructor crown. Now, Ducati Lenovo Team and Monster Energy Yamaha MotoGP go head-to-head for the Teams Championship title in Valencia. The season finale is just around the corner. Buck up guys!