An Indian can finish on podium at Dakar Rally in two years: Aravind

New Delhi, January 21: Aravind KP, the only second rider from the country to complete the gruelling Dakar Rally, believes an Indian can secure a podium finish in two years time. 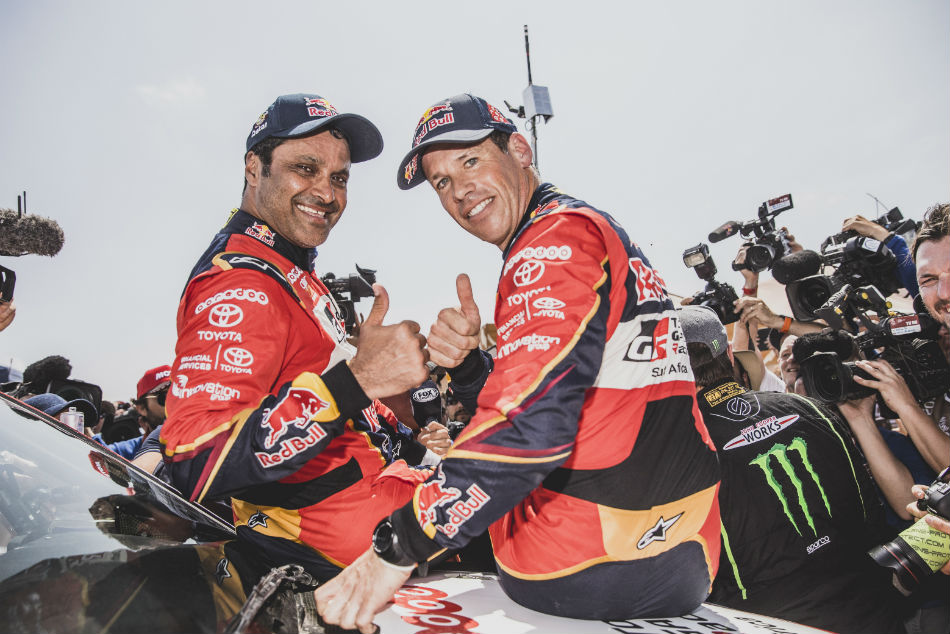 "Maybe it will take two more years for us to get into the podium," a confident Aravind said when asked how long it will take for an Indian rider to finish at the top at Dakar.

"Give me two years and we will see some good results," said the 34-year-old Sherco TVS Racing rider, who ended his campaign this year at 37th place in his third attempt after two unsuccessful efforts in 2017 and 2018. Considered as the world's most gruelling off-road rally, this year's Dakar Rally was held in Peru from January 6-17.

DAKAR CONQUERED, FINALLY!!!! Lots of emotions running in my head now. Difficult to put into words. More details in the next post. Holding the India flag at the finish was the best feeling ever. More in the video. THANK YOU for all the love and support from all of you that kept me going through the rally. @sherco_racing_factory @tvsracing_official @dakarrally

A 17-time winner in National Championships in dirt track, rallies and motocross race formats, Aravind is already eyeing a top 10 finish in the 2020 edition but said finishing the rally would be the prime target. "My next goal is also to finish well in the 2020 edition. If I am healthy and in good shape next year we will have good results. I need to find a better rhythm. Finishing in top 10 is of course the goal, but primary target is to finish," he said.

It turned out to be a race against time for Aravind ahead of the 2019 Dakar Rally as he had to regain fitness quickly after suffering a wrist injury at the PanAfrica Rally last September. "I had injured my left wrist during PanAfrica rally. It is a critical bone and initially the diagnosis was that it takes usually six months to recover. It happened in September, so there was no way to make it for Dakar," he said.

"Then I got in touch with a doctor in France and after a lot of things, it was said that I can do Dakar, though not 100 per cent, and that was when the announcement was made. It is still not 100 percent but I am happy I could do it," he said.

The 2019 Dakar Rally has been touted as the toughest with only 55 per cent of the bikes completing the 11-day gruesome rally this year. "It was the toughest in the history of Dakar. It was different for me as I finished it. It was dangerous and never-ending. We were riding almost six hours a day. Even the weather was different," Aravind said.

The harder you fall, the greater you rise! After 2 years of trying & falling short, Aravind KP has made his racing career dream a reality! Take a bow, champ, the dirt in your suit epitomizes the legacy for the next generation of Indian Rally racers to follow #Dakar2019 #TVSRacing pic.twitter.com/Jd7Niwut9d

"The tough part was the fesh-fesh (finer than dust), so when you are caught up behind someone, the visibility is around 20m and there were stones, so it is dangerous, we had 60-70 km of fesh-fesh so that was the most dangerous part and riders got into trouble."

Aravind, who began racing at the age of 19, said Indian racers pick up the sport late in their career and stressed on the need to start early. "The big time gap in picking up the sports is the main difference between the indian riders and international ones," he said.

"People start at 3-4 years. By the time I started, in America, someone who is 19 years old is already a champion. So they already have 15 years of experience. So it is easier when you are younger."

He was happy with the recognition that the sport is getting now and hoped for better infrastructure and practice facilities for Indian riders. "The momentum has grown a lot, we now have a Dakar series happening in India which is not a joke. Going ahead we need to implement what is happening abroad. We need infrastructure, we don't have a place to practice, we can't replicate the terrains that we face in Dakar, so we have to train outside India. But we are not far from that and it will be done soon and we will have some good results."

So what's next for him? "I just need to rest for sometime, may be after I meet my family the feeling will sink in. By the end of this month we will have a meeting with TVS and a call will be taken about the schedule ahead, nothing is finalised yet, so right now nothing is planned," he signed off.

Meanwhile Arvind's teammates - Michael Metge and Adrien Metge finished the rally at the 25th and 22nd positions respectively. Michael had a good start at the rally but had a setback on the second day due to fuel outage. He picked up pace in the next stages and broke into top 15 in the third stage. His grit became intense with each passing stage and he won the ninth stage against all lead riders.

Adrien Metge strived hard and picked up pace in the first two stages but an unfortunate fall in third stage left him with a sore wrist. His bike fell in the seventh stage and the navigation system got damaged but he continued his journey to finish the rally.

Lorenzo Santolino, rookie at Dakar was the fastest rider of the team this year and broke into top 10 in the third stage. Unfortunately, he had to exit the rally in the sixth stage due to a heavy crash.

#Repost @thuglifemoto with @get_repost ・・・ With the man himself @aravind_kp ... What a legend .. he just took part in the most grueling and toughest race in the world the @dakarrally ... This time he completed it and finished 37th which is amazing ... #congratulations brother :-) . . @tvsmotorcompany @tvsracing_official . . #dakarrally #dakar #racing #motorsport #aravindkp #tvs #india #legend #racer

B. Selvaraj, Team Manager, TVS Racing said, "I would like to congratulate all the racers and the team for their outstanding performance at the rally this year. With each passing day at the rally, the level of difficulty shot up manifold and so did our determination.

"Aravind KP is a talented rider and has a razor-sharp focus on his goal and that's precisely the reason why we chose him to represent us at Dakar. At TVS Racing, we spend a lot of time with the racers to identify their potential and strive to give them every opportunity to prove their mettle. We believe success doesn't come to anyone overnight, it is an ongoing journey and one might have to overcome many obstacles before achieving glory.

"It is a red-letter day in the history of TVS Racing and we are honoured to be a part of this success story. We look forward to a stronger performance from KP in Dakar 2020 and will support him fully for his training requirements."