Silverstone, Aug 8: Valtteri Bottas expressed his pride in driving for Mercedes after following up signing a new contract with the team by qualifying on pole position for the 70th Anniversary Grand Prix. 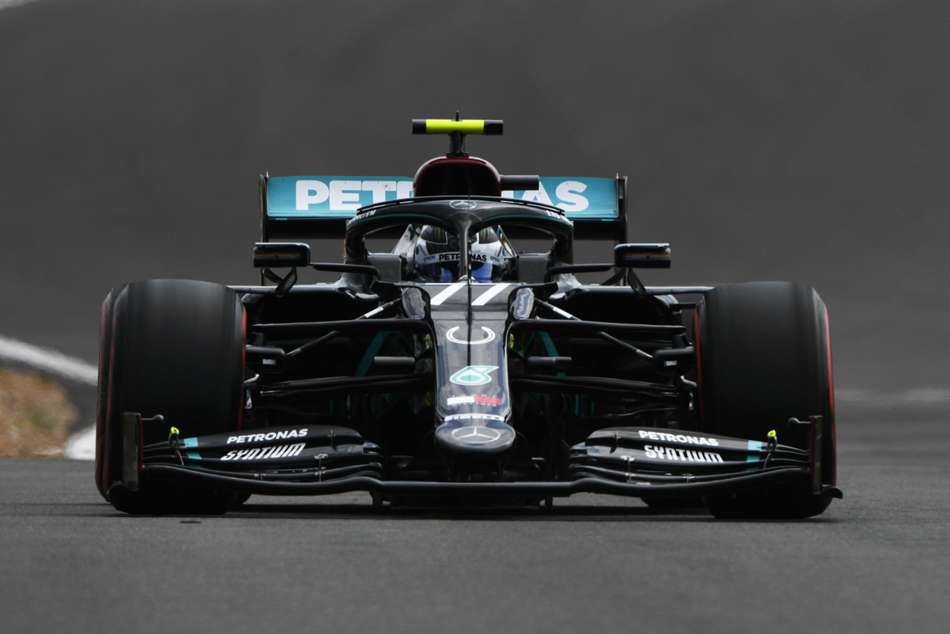 With Sebastian Vettel unsigned for 2021 there had been speculation Bottas could find himself replaced at Mercedes, but he signed a one-year extension with the team on Thursday.

The Finn produced an excellent final lap in Q3 at Silverstone on Saturday, going 0.063 seconds faster than team-mate and championship leader Lewis Hamilton.

"It feels good. I just love qualifying and especially when it goes well it's a good feeling," said Bottas, who dropped from second to 11th following a late puncture in last weekend's British Grand Prix and fell 30 points behind Hamilton in the standings.

"It's really nice to get everything out of myself and out of the car. Set-up wise we made good steps from last weekend - that's why I think the qualifying performance was better than last weekend - so really pleased with that. I'm proud to drive this amazing car - it's so quick.

"Of course, mentally when you're starting from pole you can only aim to win the race. Obviously, the starting point for it is good.

"I think the race pace is there, so the first job is to get a good start off the line as I had last weekend and go from there. But the mentality is try to win it, that's all."

Hamilton had been on provisional pole and improved his time with his final lap, but it was not quick enough to deny Bottas.

"I wasn't that great! But Valtteri did a good job and deserved the pole, I guess. For me, it wasn't a perfect last lap," said the six-time champion.

Nico Hulkenberg – standing in for Sergio Perez after the Mexican tested positive for coronavirus – will start the race from third following an impressive display for Racing Point.

The German was unable to start last weekend's British Grand Prix after the team failed to get his power unit firing ahead of the formation lap and he reflected on a rollercoaster return to Formula One.

"A crazy seven or eight days," he said. "Obviously last week, with the big high to come back and the low on Sunday [not starting the race], it was very extreme. This weekend I felt much better in the car, much more prepared. Quali was still tricky and in Q2 I made life hard for myself a bit and I was scared I'd damaged the car.

"Q3 was just head down, full beans, whatever I had - and a bit surprised to be honest to stand here. But obviously a big smile on my face and a lot of respect for the race tomorrow.

"It's definitely going to hurt tomorrow not having last week's experience and not having gone through the motions there with the start and everything because it's still new with this car. But we'll do what we can, I'll try to learn fast, and keep the car where it deserves to be."

On whether his performance had put himself in the shop window for 2021, Hulkenberg said: "Well, it's only Saturday, it's always Sunday that matters most.

"It's definitely a nice little highlight but it's not time to cheer yet because tomorrow is a big day."