Takaaki Nakagami (LCR Honda Idemitsu) is just 0.002 behind the South African on an opening day that saw the top five finish within a tenth of each other. 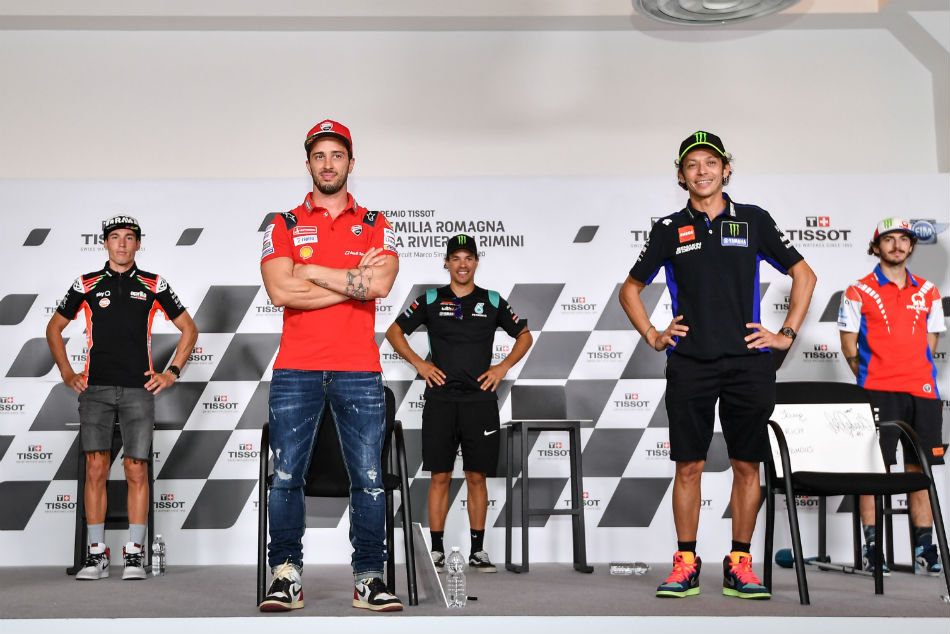 Stakes are high in Misano as another spectacular race weekend beckons

The combined times are going to see a massive shake-up as the stage is set for the qualifiers on Saturday which begins at 2.10 pm local time (5.40pm IST).

Quartararo began the day as the man to beat, but San Marino GP winner and team-mate Franco Morbidelli (Petronas Yamaha SRT) made for close company as he ended the session within 0.090.

Nakagami hit next to go top, by 0.069, as the Japanese rider's improvements in testing kept impressing.

Nakagami and Honda have seemingly found some of the issues that plagued the Japanese rider last weekend at Misano and having finished P5 in FP1, Nakagami was then leading the way.

Tucked in behind lap record holder Vinales, the Brno winner demoted Nakagami to P2 by 0.002 seconds - leaping up the timesheets after P14 in the morning.

Vinales, just ahead of the South African on track, went to P4 after choosing not to do a time attack run in FP1.

Pol Espargaro's 1:31.699 eventually saw him slip to fifth and at the end of the session, you could throw a blanket over the top five - it was that close.

Just 0.071 between three manufacturers is a timely reminder of how close the premier class is in 2020!