By Sajith B Warrier
Updated: Sunday, August 7, 2022, 20:28 [IST]
oi-Sajith B Warrier
Francesco Bagnaia won a thrilling British MotoGP at Silverstone in a race where the lead was exchanged on multiple occasions.

Bengaluru, August 7: Ducati rider Francesco Bagnaia continued to breathe life back into his 2022 FIM MotoGP World Championship campaign by winning an epic British GP at the Silverstone circuit on Sunday.

Just 0.614sec covered the top three after 20 laps of racing as Aprilia Racing's Aleix Espargaro finished second and Jack Miller made it a double podium for Ducati.

Seemingly every rider had a tale to tell after a breathtaking Sunday afternoon in Britain. 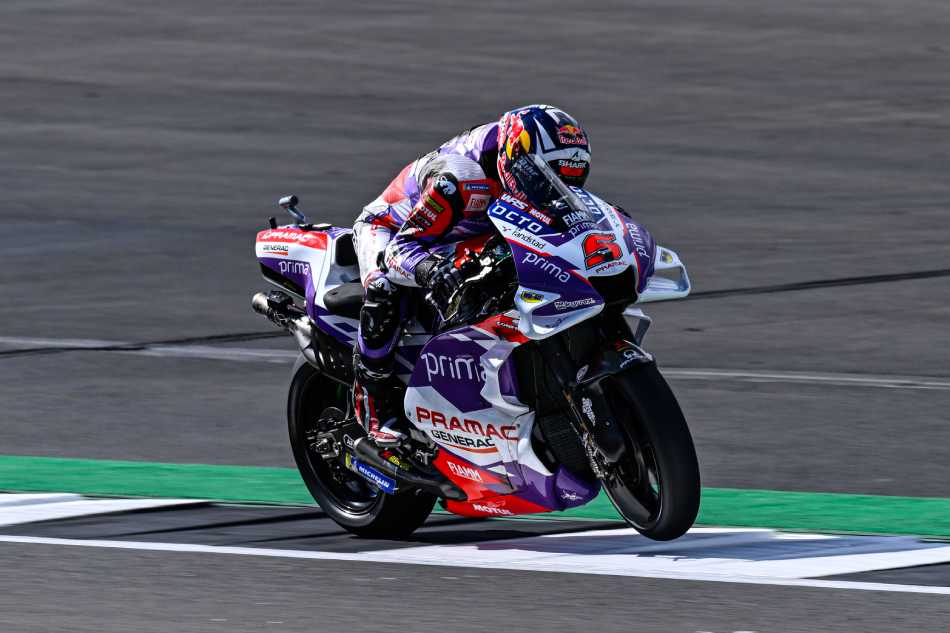 Pole-sitter Johann Zarco (Prima Pramac Racing), however, was one of two retirements after he crashed while leading.

Jorge Martin finished fifth and Miguel Oliveira (Red Bull KTM Factory Racing) came from Row 5 on the grid to claim sixth at the chequered flag, while Alex Rins faded to seventh in the end.

Zarco, who started on pole and third in the championship standings, saw his hopes of a first MotoGP victory end after he crashed out in the lead, which will also have a significant impact on his title chances.

The Frenchman ad a great shot at finally clinching a maiden MotoGP race win, but disaster struck when he folded the front and crashed at Vale on Lap 5.

Vinales and Martin had been chopping and changing in until the former completed a decisive move on Lap 16 at Village.

The Spaniard jumped further up the standings in the final laps, taking Rins, Miller and then Bagnaia to cap off a stellar ride.

Miller, struggling for grip on his soft front tyre, took the final podium place, while the battle for fourth position raged all the way until the end.

In the 2022 FIM MotoGP World Championship standings, Quartararo is now 22 points up on Aleix Espargaro, but Bagnaia has closed to 49 points off top spot. 'Pecco' now has two wins in a row and is proving he is certainly not out of the hunt.

The MotoGP caravan now heads next to the Styrian hills and the Red Bull Ring, in Austria for the CryptoDATA Motorrad Grand Prix von Osterreich on August 21.