Mugello, March 29: Alex Marquez got one over on his MotoGP champion brother Marc Marquez with a resounding victory in Sunday's Virtual Race.

This year will be Alex Marquez's first in the MotoGP ranks, after winning last season's Moto2 championship, but racing on the track is on hold due to the coronavirus pandemic.

Yet star riders scratched a competitive itch while hunkering down at home by taking part in the console simulation of a six-lap grand prix at Mugello. 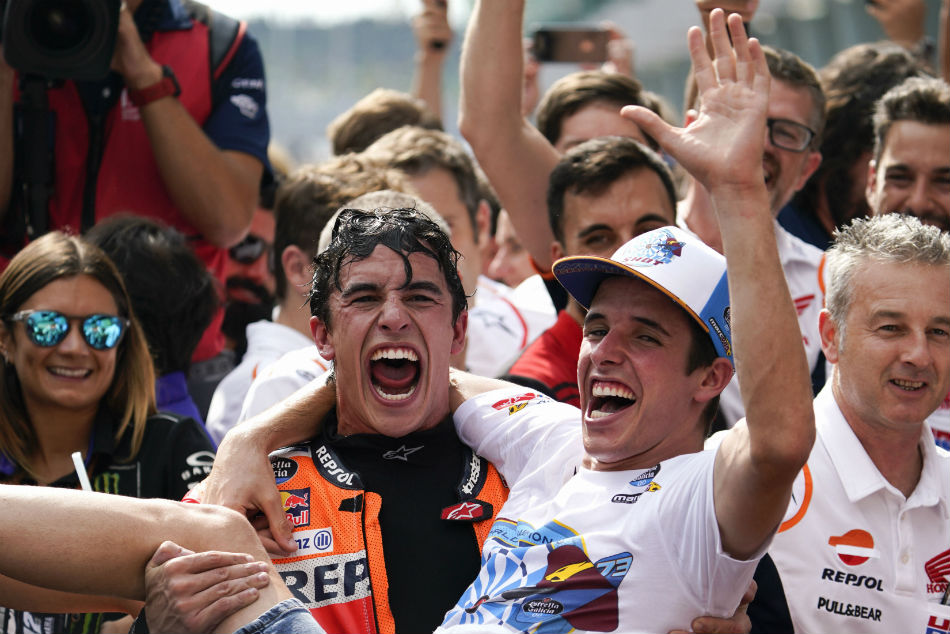 The Italian circuit is one where both Marquez brothers have tasted success, with Alex winning in Moto2 last year and Marc landing a MotoGP triumph in 2014 - as well as previous Moto2 and 125cc victories.

The Marquez siblings are teaming up this year with Repsol Honda, after Jorge Lorenzo's retirement, and will hope to soon be engaging in wheel-to-wheel action rather than such pseudo-racing.

Sunday's race was every rider for himself nevertheless, and 23-year-old Alex Marquez left his 27-year-old brother standing.

Dubbed the #StayAtHomeGP by MotoGP organisers, the virtual race began dramatically with Quartararo taking out Vinales at the first corner.

Quartararo had started from pole position and he also produced the fastest lap of the race - one minute and 44.454 seconds.

However, at one stage he sat last of all 10 riders and had to settle for a finish just short of the podium places after a surge through the field.

Marquez's margin of victory was an imposing 7.093 seconds.