After Saturday's Rest Day gave the convoy a chance to rejuvenate, the remaining competitors covered 737km with 453km of that a special stage from Ha'il to Sakaka.

Al Rajhi, driving a Toyota won the stage by 48sec from Peterhansel with Al Attiyah and reigning champion Carlos Sainz of Spain within three minutes of the home driver. 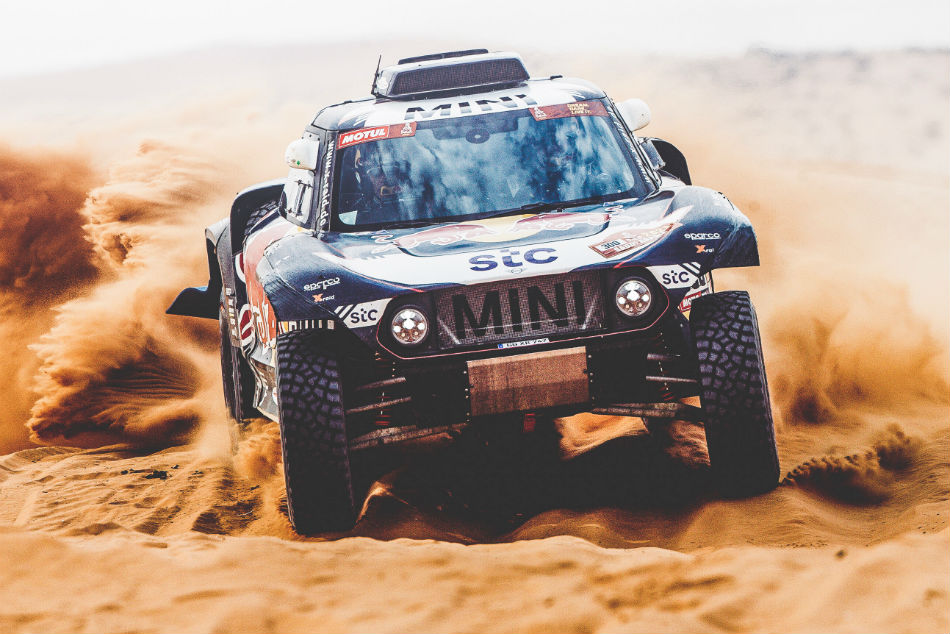 After stage seven, 13-time champion Peterhansel extended his lead over Al Attiyah to 7m53s with Sainz 41m06s back as Polish driver Kuba Przygonski and South African Giniel De Villiers remain in the top 10.

"I hit a rock with 40km to go and broke a rim. We spent a long time changing the wheel, it was quite hard. It's a pity because we were going quite fast at the intermediate time checks and we could have put more time into our rivals today," said Peterhansel.

Ready to pounce is second-placed Al Attiyah, who is less than eight minutes behind Peterhansel in the general classification.

"Everything is going very well and tomorrow we'll see what we can do. The race is very tight between me and Stephane," said Al Attiyah, who is co-driven by Frenchman Matthieu Baumel.

Behind the leaders there is a gap of more than half an hour to Sainz in third overall. Despite the time difference, the defending champion has not given up hope of retaining his title.

"I'm focused on driving well in this second week and recovering the time lost in the first week," said Sainz.

It was another long day in the desert for nine-time World Rally Championship winner Sebastien Loeb compounded by a broken wheel hub 30km from the end of the stage which still did not prevent him from bringing his Hunter BRX to the finish line.

Everything is still uo for the grabs as Monday's stage eight sees the field head from Sakaka to Neom with 375km of special stage.