Noah, the only rider representing India finished the last day's Stage 12 at 23rd place in the gruelling race that traversed through 7,790 kms of sands and dunes mixed with dangerous, tricky unforgiving terrain of rocks, speedy soft sands and tarmac in the transport section. 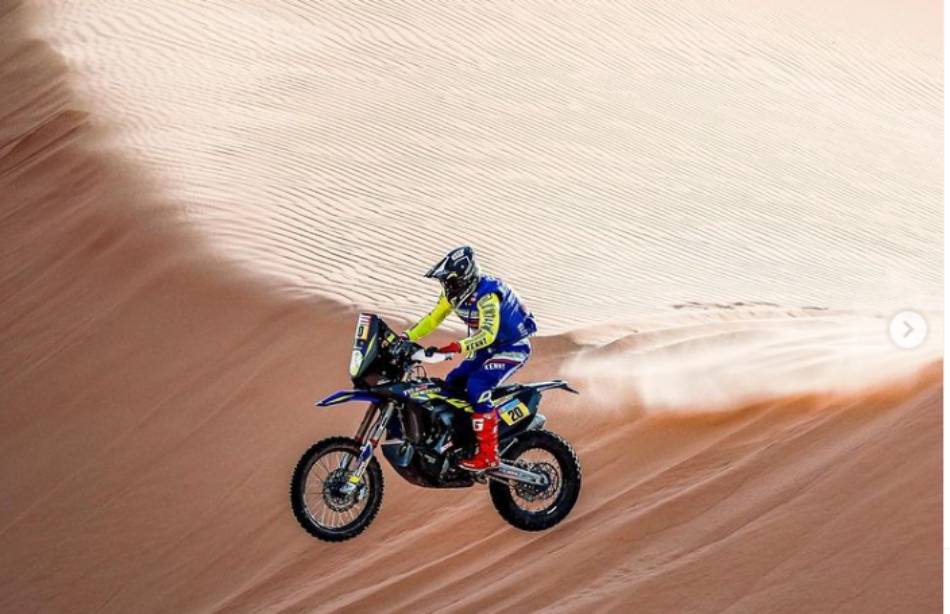 With a steady and consistent performance through out the 12 stages astride a Sherco 450 SEF Rally bike, the five-time Indian national champion bagged a career-best 18th rank at a Dakar stage, yesterday. 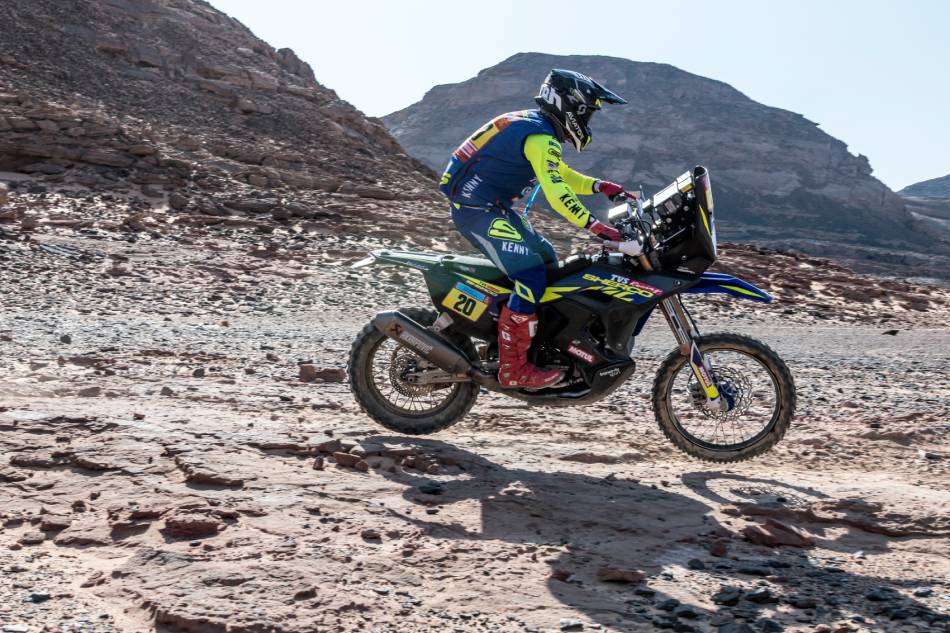 Dakar 2022: Despite broken ribs and loss of rear brakes Harith Noah keeps fighting all the way

The Sports Science Gradate from Shoranur, Keral, rode well conquering difficult navigation with ease on both the long days, and clocked a total time of 50 hrs, 52min and 50sec and along with a penalty of 22hrs and 30min logged a total overall time of 72:52:50 for the 12 stages including two stages under the Dakar Experience Class.

Due to the technical snag with a new engine on Stage 10, officially Noah is not classified in the general rankings. 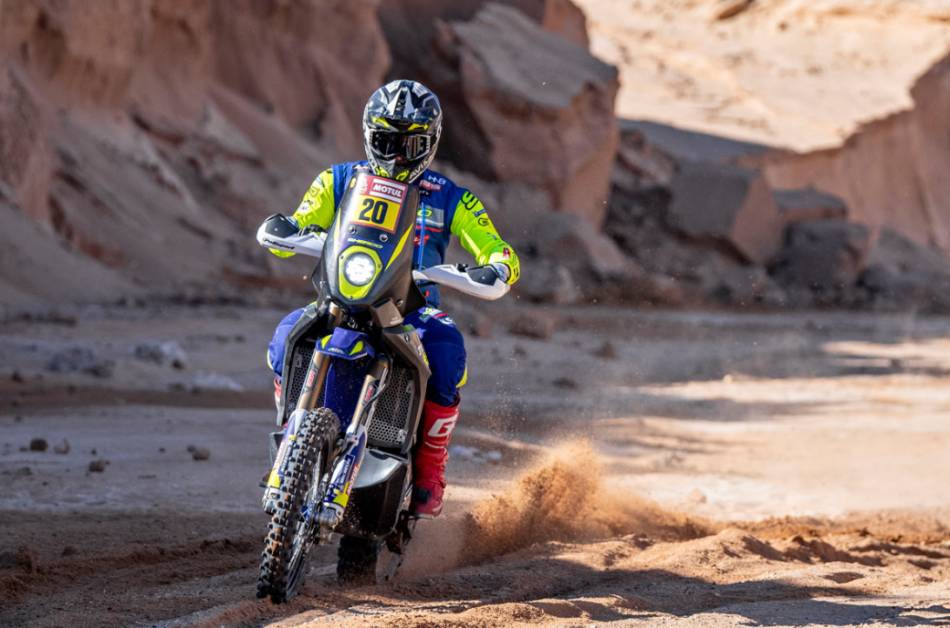 Considered as the toughest rally in the world, the Dakar acquired the status of an FIA and FIM World Champioship round, this year. Over 140 riders from about 30 countries finished the rally and Naoh, who became the fastest rider from India at Dakar in 2021, bagged the experience of one more Dakar in his chequered career despite many challenges and obstacles he faced in the desert sands of Saudi Arabia for two weeks including three crashes, two broken ribs and an engine mishap.

The TVS Racing prodigy, into his 10th year with the premier two-wheeler manufacturing company, had a fall in the very first stage but moved on discarding another serious shoulder injury in Stage 7, but ended up riding in pain for two days without knowing that he fractured two of his ribs on January 9 in rocky terrain after he was hit by a stone while overtaking another rider. 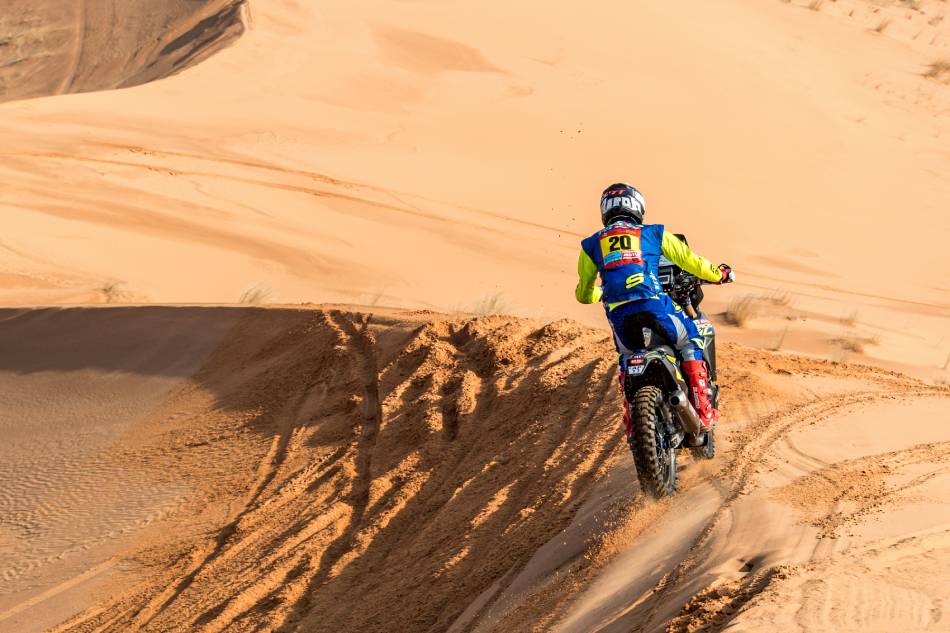 Undaunted, the 28-year, braved the odds and was forced to change his engine for safety reasons before the start of Stage 10 but unfortunately suffered technical issues and shifted to Dakar Experience class for the last two days as he summed up his Dakar experience aptly.

"It's always a great feeling to complete Dakar and I'm very happy with the experience. The nature of endurance cross-country rally like Dakar is gruelling and strenuous, but one has to brave dangerous conditons for both the man and the machine. 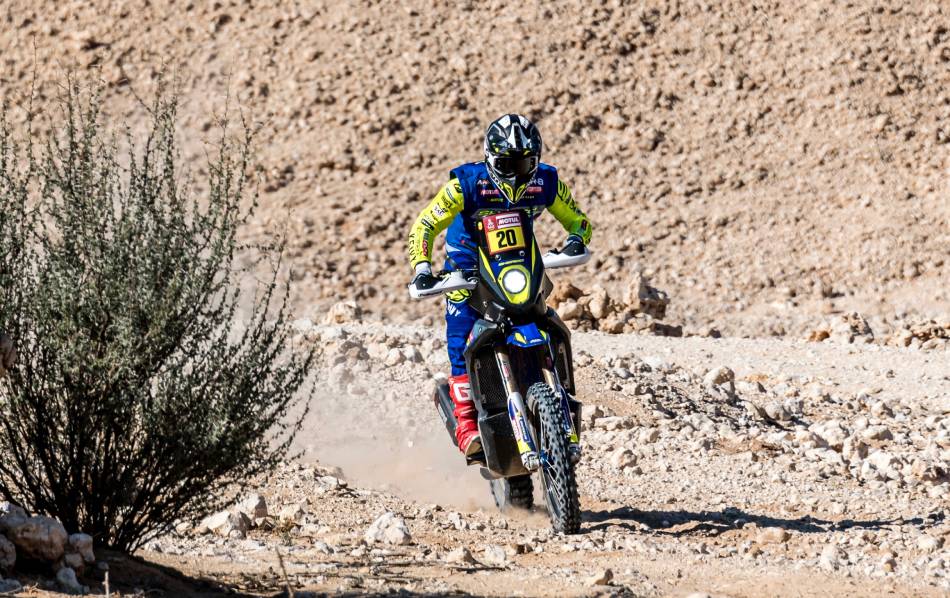 "That's why this race is special. Despite not being officially classified, and not finishing for the second time, I take the good things home and the thrill of finishing spurs me on to more adventures on my bike. I thank my team TVS Racing and all my technical team, support staff and sponsors for giving me a chance to race once again in Dakar. With all this experience, I hope to come back stronger in 2023," Noah said.

As part of Sherco TVS Factory team, Noah took part as privateer sponsored by TVS Motor Company in Dakar RallyGP, the premier class of the Moto section, before shifting to the Experience class after Stage 10. TVS Motor Company in partnership with Sherco Factory has been fielding the Sherco TVS Rally Factory team for six years, before the outbreak of the COVID-19 pandemic. 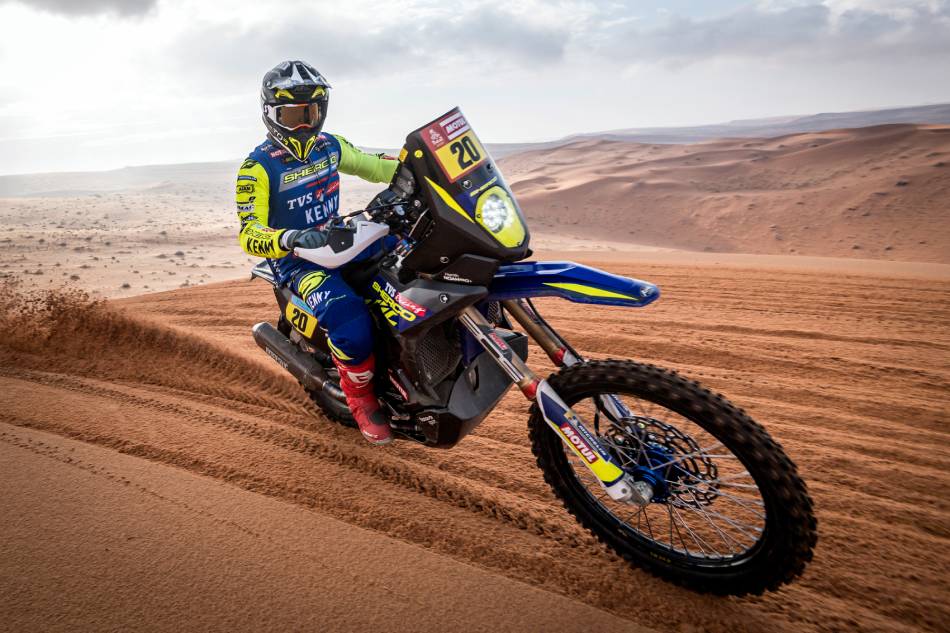 And three of the four riders, who took part in Dakar from India were groomed by TVS Racing team in the domestic Nationals.

Following in the footsteps of KP Aravind, Noah not only became the third rider, representing India to successfully complete the gruelling Dakar but he is also the fastest at Dakar, finishing in the top-20 last year, at the toughest and mother of all rallies in the world. Last year, another Indian, Ashishrao Rane, took part in Dakar Moto as a privateer.