Bengaluru, Jnauary 15: Nasser Al Attiyah was on a mission from the very first kilometre of Dakar 2022 which was flagged offf on the New Year's day and as curtains came down after more than 4,000km of off-road racing over treacherous terrains, the ace Qatari accomplished his fourth win and first in Saudi Arabia.

The Hilux T1+ driver and his French navigator Matthieu Baumel took the lead on the first day and kept top spot until the end in the 44th edition of world's most demanding off-road rally. 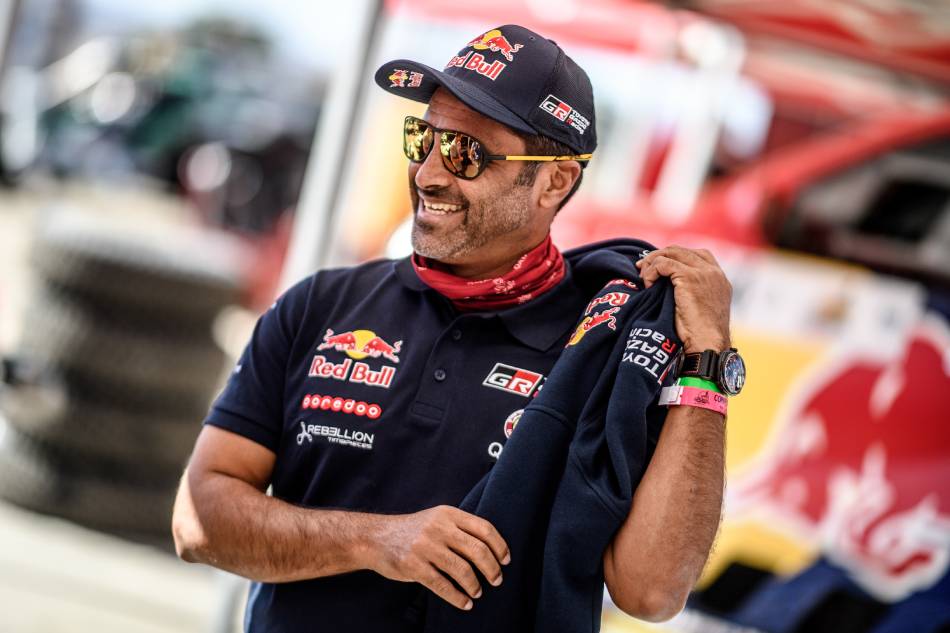 The fourth success for Al Attiyah (his second in a Toyota) meant that he equalled Ari Vatanen winning quartet set in Africa.

And in a year in which Qatar is set to host its first FIFA World Cup, Al Attiyah's fourth Dakar win could not have come at a better time for the Middle East country. Yella Qatar!

"It was an incredible Dakar for us. We hadn't won since 2019. We're pleased with the new T1+ regulations. Matthieu and I and the team did a great job to win. We had finished second every time since we came to Saudi Arabia two years ago and now we are really happy to achieve our goal," said a beaming Al Attiyah.

"The whole race went without a hitch. We were on high alert, but now we know that we have an amazing car and we will do our best for the World Championship," he added.

Not many know that the ace Qatari is a multi-sports icon. He is a champion shooter (having won a bronze in skeet shooting in the 2012 London Olympics), rides horses, which is his passion, and can drive a powerboat with the same speed as a car. Legend has it that there is a chapter on him in the history text books in Qatar.

"We opened up a gap on the first day and have since managed our lead. We're fortunate to get to race the Dakar in Saudi Arabia and I would like to thank the government for this opportunity to discover such breath-taking landscapes," added Al Attiyah, who had previously won the most-gruelling FIA off-road rally in with Volkswagen in 2011, MINI in 2015 and Toyota in 2019.

The most epic adventure that motorsports has to offer has taken its convoy all over the sands of Saudi Arabia. As the dust finally settled, Al Attiyah kept his cool while the desert sun rode high in the sky.

And more than 4,000kms of off-road racing over treacherous terrain, as the chequered flag was flown at the 2022 FIA Dakar Rally on Friday at the Red City of Jeddah, it was Al Attiyah who had the last laugh.

Whether the ace Qatari is the greatest rally driver of all times remains a subject open to debate. But for the time being he can bask in the glory of having crossed the chequered flag first in the deserts and dunes of Saudi Arabia. Kudos champ!