Defending champion Al Attiyah is now within three minutes of Sainz while Peterhansel, who registered his first stage win of the 2020 race is perched third overall.

With close to 2,500 kms traversed through the stunning landscapes of Saudi Arabia, we are beginning to see who has put themselves in pole position for glory at the first Middle Eastern Dakar. 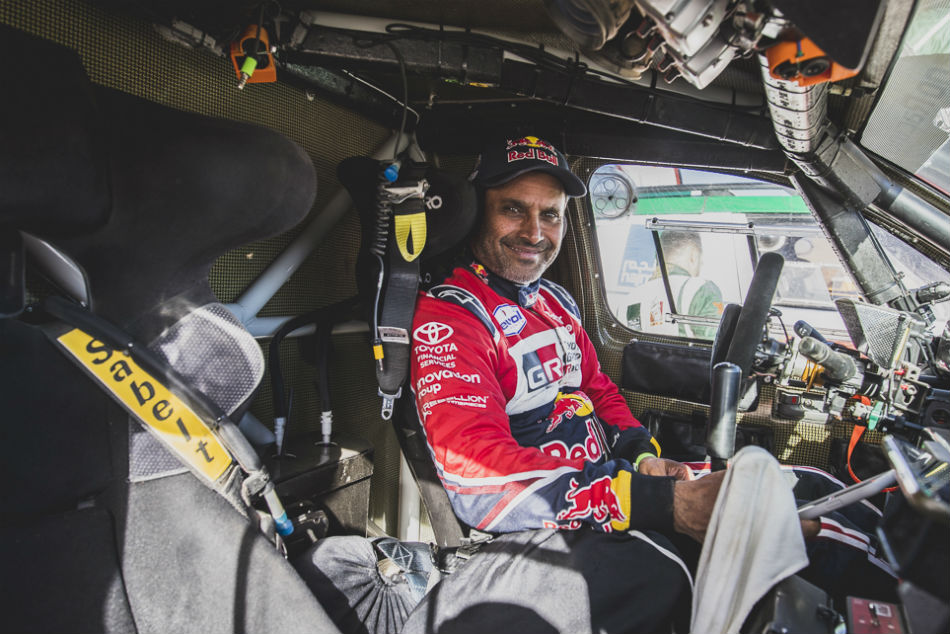 A battle royale is developing with Peterhansel's victory in the dramatic stage 4, a win which propelled the Frenchman up the rankings to third overall.

There were also encouraging performances by South Africa's Giniel de Villiers and Poland's Kuba Przygonski as they attempt to stay in touch with the podium places.

Al Attiyah and his French navigator Matthieu Baumel successfully navigated the pitfalls of stage 4 and strongly came back from a three-minute penalty to finish just 2min 26sec behind Peterhansel.

"We did a great job, but it wasn't easy. We tried to attack near the end, but it was tricky. I'm happy because it looks like tomorrow there'll be dunes on the course. We were cautious," said three-time champion.

Meanwhile, Peterhansel, known as Mr Dakar for his 13 victories in the marathon rally, and his Portuguese navigator Paulo Fiuza threw their Mini across the rocks and sand that made up the greater part of the 453k special which also ran close to the historic Nabatean temples, to finish stage four in 4hr 14min 34sec.

At one point they made a wrong turn which cut away some of their lead but they still came home ahead of Al Attiyah in his Toyota.

"It feels good after all that trouble in the first few days, even though we had a flat tyre and got lost once," said Peterhansel.

Overall leader Sainz, who pulled out a stunning drive to win stage 3, finished third more than seven minutes behind Peterhansel.

"The last 100kms was as difficult as anything I've ever done in my Dakar career. So many rocks and so difficult to find the way. I tried to follow some motorbike tracks, but in a car it's not always possible to pass through these routes. When you finish a stage like this without major problems it's like a victory."

Thursday (January 9) brings with it stage 5 and those who remain in the Dakar convoy will be plunged deep into the dunes. Huge descents over desert grass will test each and every competitor as they tackle the 353km timed special stage between Al Ula and Ha'il.