Al Attiyah, driving a Toyota, finished 3:31sec behind Sainz and it helped the three-time Dakar champion move to second in the overall standings.

Two-time champion and rally legend Sainz, driving a Mini shot into the overall lead after winning the third stage, his 33rd stage victory in the race.

After struggling in stage 2, Attiyah's team-mate and former Formula One champion Fernando Alonso came in fifth. 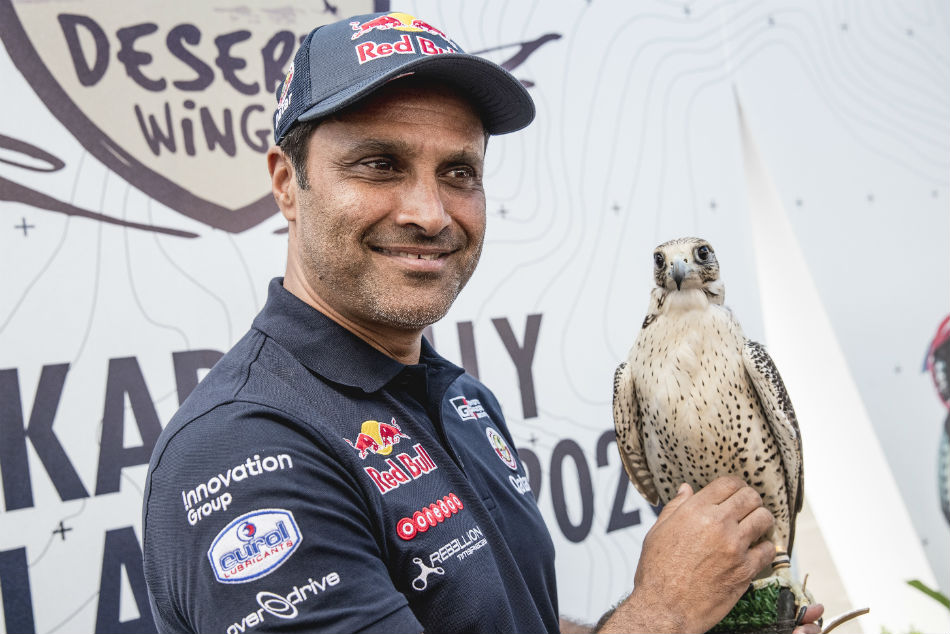 Wednesday's (January 8) stage 4 takes the Dakar convoy on to Al Ula via a timed special stage of 453 kilometres. Heading west the route leaves behind the Red Sea and travels east across spectacular moonscape terrains.

The spirit of adventure was in full effect on stage 3 of the Dakar Rally 2020 as the competitors tackled a 414-kilometre loop around the future megalopolis of Neom. With a perilous mix of canyons, mountains and sandy ground to cover, leaderboards across all five categories were given another major shake up and Al Attiyah was candid while summing up his feelings.

"The day was okay! We finished the stage and today was a big day. We finished second. We had one flat tyre, but it was a big rock, you know?," said Al Attiyah, who has Frenhman Matthieu Baumel as his co-driver.

"It was a good day and we're second in the general standings overall.

"Tomorrow, I hope it'll be a good day because I'll start behind Carlos and we can get a good time. The navigation was difficult, not easy but we were really careful and we are quite happy. We just need to finish this week and then next week we can decide to push because there are a lot of dunes," added Al Atttiyah.

Sainz clocked 3hr 48.01sec around the loop-shaped 489km route setting out from the future megalopolis of Neom, in the north of the kingdom close to the Jordanian border. Alongside compatriot co-driver Lucas Cruz, who read the roadbook for Sainz during Dakar wins in 2010 and 2018 - ‘El Matador' picked up the pace on Stage 3 in his Mini Buggy.

"The landscape was fantastic, even if we didn't have time to stop and enjoy it properly," said Sainz.

Mini's Terranova not only lost the lead in the general standings but finished 12:52 behind the stage winner, while De Villiers was 16:21 off the pace in his Toyota.

The third quickest car on Stage 3 belonged to Polish driver Kuba Przygonski, who put a couple of tough days behind him to get back up to speed. Meanwhile, 13-time champion Stephane Peterhansel of France also maintained his place in the Top 10.

The surprise package of the day was Alonso. Despite losing over two hours to wheel and suspension repairs on stage Alonso and co-driver Marc Coma rebounded by finishing fourth-fastest.