San Juan De Marcona (Peru), January 9: India's CS Santosh closed the Stage 3 at the 98th position and 49th overall after running out of fuel at the challenging Dakar Rally 2018. 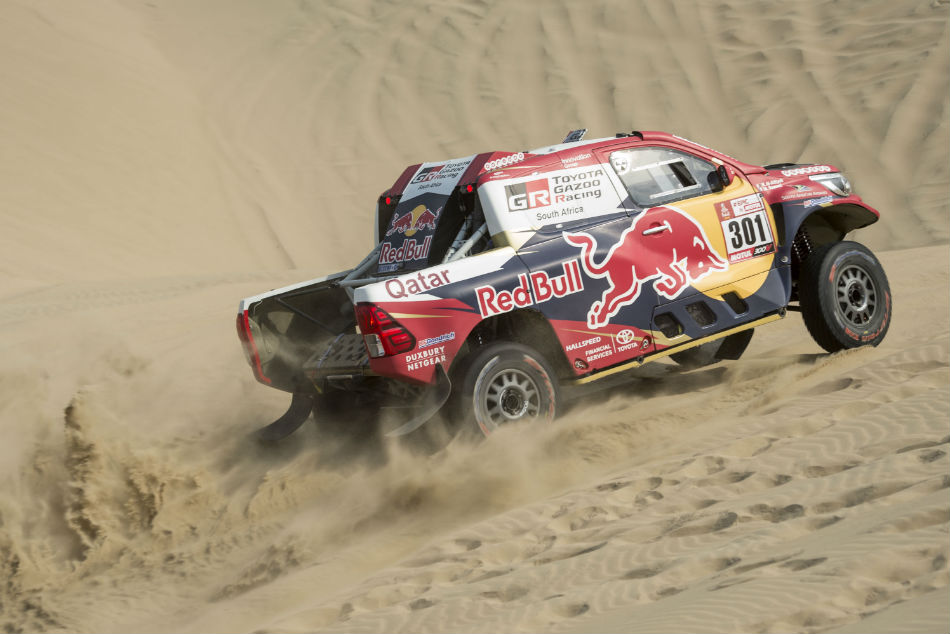 Santosh was 30 km short of finish due to a loose fuel cap and as a result, he slipped down in the rankings.

TVS Racing's Joan Pedrero finished the stage at 16th position, while the other Indian at the Dakar Rally, Aravind KP, was 29th. He was overall ranked 53rd, while Pedrero was 12th overall.

Stage 3 of #Dakar2018 was the longest and full of challenging dunes. Glad I could navigate well and improve my rankings. Hoping to keep the momentum going into the next stage #GritMakesGreat #TVSRacing @TVS_Racing pic.twitter.com/uMA39fiwq3

With nine more stages pending, Santosh will aim to make up for the lost time. "I started with a good rhythm today, then went on with the flow in the 2nd part of the stage. I had no issues with the navigation as well. Unluckily for me, the rear tank cap was not closed properly after re-fuelling and I lost my rear tank fuel before I realized it," Santosh said.

"Finally, I ran out of fuel 30 km short of the finish and had to wait and ask for fuel from some of the slower riders coming at the back. In the process I lost over an hour's time today. It was not the best day, but I take the positive that I am still in the race and that's what counts."

With the third stage of the Dakar Rally moving from Pisco to a very windy and dusty San Juan De Marcona, Spanish debutant rider Oriol Mena of Hero MotoSports Team Rally overcame tough navigation to clock-in a fast time and finish the stage at the 13th place. During the stage, he also stopped for a few minutes to help a fellow competitor who crashed in front of him. As a result, he was promoted to the 12th spot.

...Really sad about Adrien's injury, he's one of our finest and will be acutely missed over the course of this journey. But I am confident he will bounce back stronger #TVSRacing #GritMakesGreat @TVS_Racing pic.twitter.com/bxsSPb47hd

The stage, which was described as "for the hardened off-roadies", was fought mainly off-piste with the terrain offering 63 per cent sand and more dunes.

A total of 504 km was on offer with a Special Stage of 296 km followed by a 208 km Liaison bringing the competitors to the San Juan De Marcona bivouac to rest for the night.

The Rally will camp in San Juan De Marcona for the 4th Stage as well, where a change in the landscape at the start is expected to provide a new challenge to the riders but not before hitting dunes again for total run of 444 km, including the liaison.