Bengaluru/Doha, April 3: The floodlit Losail International Circuit in Qatar hosted yet another mesmerising MotoGP qualifying session for the TISSOT Grand Prix of Doha and coming out on top, in just his second-ever premier class qualifying session, was rookie sensation Jorge Martin (Pramac Racing).

The Spaniard set a 1:53.106 to beat team-mate Johann Zarco by 0.157s who in turn edged out third place Maverick Vinales (Monster Energy Yamaha MotoGP) by 0.004s.

An incredible Q2 dogfight in the desert. 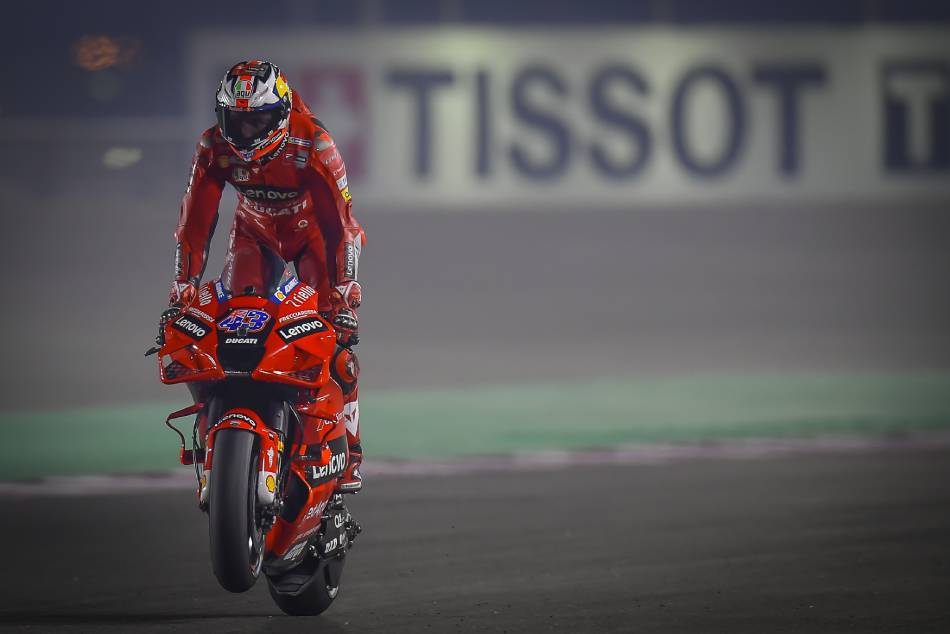 After four Ducatis ended the day in the top five in practice rookie Martin, who impressed with a fifth-place finish went several notches higher to grab the pole under the Losail lights.

Vinales, who won the season-opening Qatar Grand Prix at the same circuit last weekend, seemed to have clinched pole before he was demoted to third at the end of the session while the factory Ducati team's Jack Miller will start fourth on the grid.

Miller will be joined on the second row by Yamaha's Fabio Quartararo and last week's pole sitter Francesco Bagnaia of Ducati.

Aleix Espargaro will line up seventh on the Aprilia, with Suzuki duo Alex Rins and world champion Joan Mir - having come through Q1 - completing row three.

The fourth row will be occupied by Franco Morbidelli, Honda's Stefan Bradl and Q1 graduate Miguel Oliveira on the factory KTM.

The Doha GP will begin at 8pm local time on Sunday (10.30pm IST) and all action is available for Indian audience on Eurosport channel.

(By a special arrangment with Dorna Sports)