Bengaluru, April 4: Fabio Quartararo spearheaded a Yamaha 1-2 in the TISSOT Grand Prix of Doha, round two of the FIM MotoGP World Championship with Johann Zarco finishing second while Jorge Martin (Pramac Racing), who started on pole, brought up the last spot on the podium under the lights at the Losail International Circuit.

The Frenchman recovered from a poor start on his Yamaha to take a commanding victory in the Middle East circuit, which was hosting back-to-back races in the weekends for the first time. 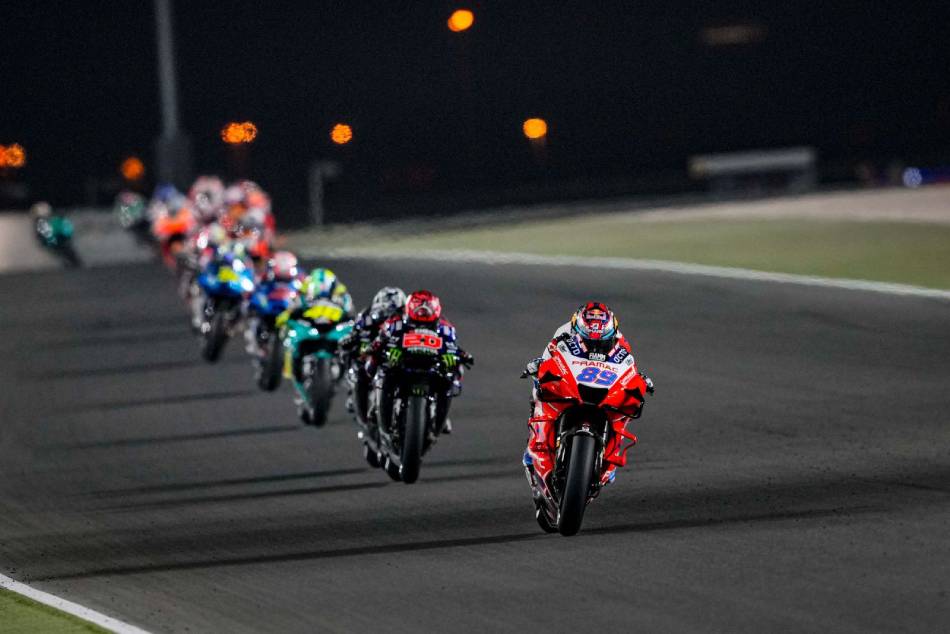 After stealing the headlines with a stunning qualifying session where he took his first ever premier-class pole position to join an exclusive club in doing so for only his second MotoGP race, with the other members comprising only Marc Marquez (Repsol Honda Team) and MotoGP Legend Casey Stoner, Martin finished third.

Behind Martin, who bagged a maiden podium in his second-ever MotoGP start, Maverick Vinales and Alex Rins fought it out for fourth, with the former surrendering the position by running wide at Turn 1 on the final lap and coming up 0.022s short of retaking it at the line.

Francesco Bagnaia finished sixth, defending champion Joan Mir came home in P7 after a heated race, Brad Binder cemented a brilliant P8 for himself and KTM as Jack Miller took a disappointing P9 for the second race in a row at Losail and Aleix Espargaro a place behind.

After two races in in a row in Qatar, the MotoGP caravan now moves to the Alvagre Internationl Circuit in Portimao, Portugal, for the Portuguese Grand Prix -- third race of the 2021 FIM MotoGP World Championship season on April 18.