Dutch GP: Bagnaia back in title contention after chaotic win in Assen as Quartararo crashes 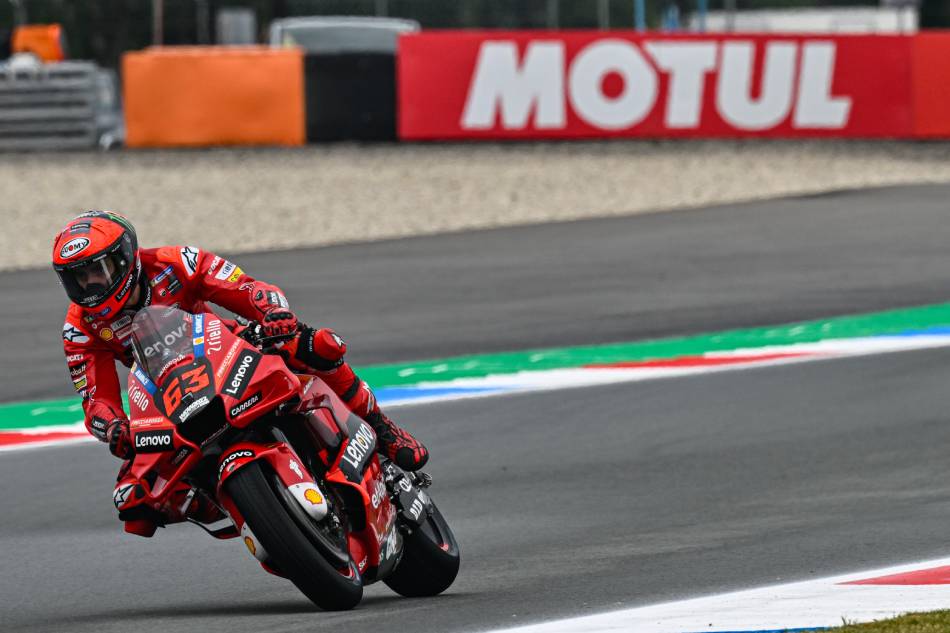 Bagnaia eased off at the end, with the winning margin of 0.444sec after 26 remarkable laps, but it never seriously looked in doubt.

Bezzecchi sent the VR46 team into raptures with his first premier class podium, and Vinales was less than a second further back in third.

Quartararo later lamented a "rookie mistake" after twice crashing to see the MotoGP title race blown wide open again. The Monster Energy Yamaha rider's lead over Aleix Espargaro at the top of the standings was cut from 34 points to 21 after failing to finish Sunday's race.

"I made a rookie mistake. I wanted to push too much from the beginning. I apologise to Aprilia and to Aleix for putting him out of the track."

Bagnaia never looked like relinquishing first place to Bezzecchi, although he admitted to being "terrified" of a third DNF in a row when rain hit late on in the Netherlands.

"Looking at the gap with Bezzecchi, he was always catching. I had to push again, I had to open this gap again to be smarter and more calm again later in the race," he said.

Behind them, Aleix Espargaro had risen to sixth and that looked like an admirable salvage job, but then he divebombed Jack Miller and Brad Binder as they ran into the Timmer Chicane for the final time.

Binder would take fifth, ahead of Miller, Jorge Martin, and Joan Mir, who had contact with Miguel Oliveira (Red Bull KTM Factory Racing) as they lined up on the grid before a hit with Luca Marini (Mooney VR46 Racing Team) once the race had actually started.

The MotoGP now goes into the summer break before the action resumes with Round 12 -- the British Grand Prix -- to be held at the Silverstone Circuit on August 7.