Bengaluru, June 22: It is called the Cathedral for a reason. Only missing in 2020 due to the changes obliged to the calendar, the TT Circuit Assen which hosts the 11th round of 2022 FIM MotoGP World Championship on Sunday (June 26), has otherwise been a mainstay of motorcycle Grand Prix racing since the world's first motorsport championship began in 1949.

The venue has gone from a long street circuit to a shorter but no less incredible track over the seven decades since, creating some of the greatest racing in the world every time we return. In 2022, that time is now!

After deposing the "no Yamaha win since 2009" stat at the Sachsenring, Fabio Quartararo (Monster Energy Yamaha MotoGP) arrives on the front foot and with his eye on another: no one has won back to back at Assen since Valentino Rossi did it in 2004 and 2005. 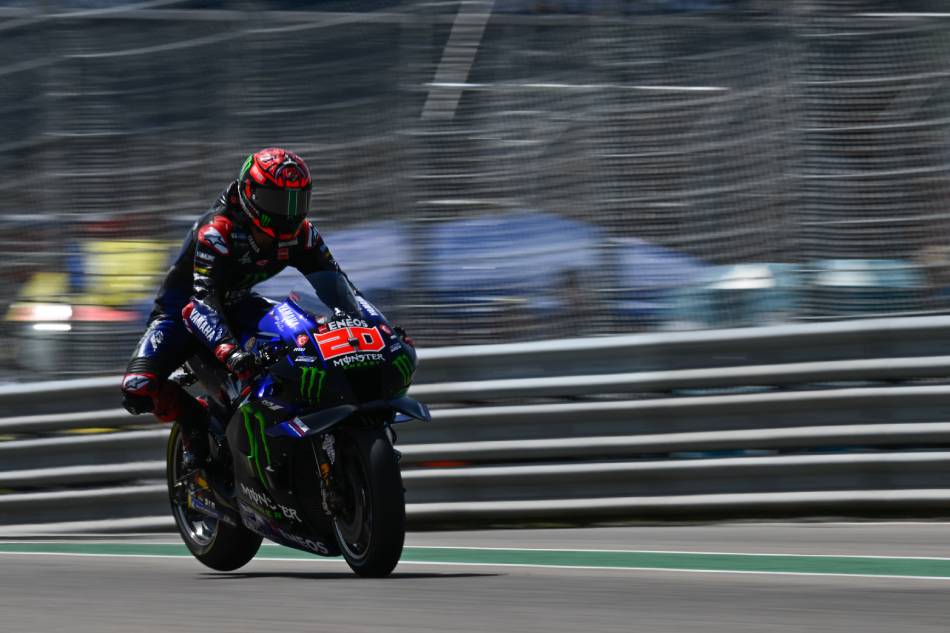 Since the Quartararo reigned last year in the Netherlands, it is within reach... and his form only backs that statement up yet further. Three in a row would be quite a way to head into summer break.

Will there be a classi race at Assen? It is those final laps of the race, the ones we did not get to see at the Sachsenring, where 'Top Gun' often shines, and everything seems to be coming together.

Track as a tattoo

Of course, there's Francesco Bagnaia (Ducati Lenovo Team). From bad luck in Barcelona to a slide out of second at the Sachsenring, it has been a tougher few weeks for the number 63.

Assen has not traditionally been the best for Ducati, but Pecco even has the track as a tattoo, having taken his very first win there in Moto3 in 2016 and he knows his way around the Cathedral. The gap to the top is now a big one, but the season is only half way done...

Jack Miller is another Ducati rider who can do it. Of all those on the grid, Miller's memories of Assen are probably the sweetest as he took that incredible win in 2016, so what can he do in 2022?

Can Zarco do it?

Johann Zarco of Prima Pramac Racing is another strong challenger. The Frenchman is on a steady upward curve of results with the next natural number in the progression being the top spot.

As satisfying a stat as that would be, his recent run already stands alone as impressive. Now third overall - and top Ducati in the 2022 FIM MotoGP World Championship - can he pull another podium out the bag?

Classic, historic, and nestled in the north of one of northern Europe's most vibrant countries, there have already been 72 great reasons to visit Assen - or tune in.

This weekend provides the 73rd as MotoGP returns to the Cathedral, as the lights glow off at 2pm local time (5.30pm IST) on Sunday for the final showdown before summer break! Buck up guys!