Austin, Nov. 3: Qualifying did not go to plan for Lewis Hamilton but it would be a surprise if the Brit is not celebrating a sixth Formula One title at the end of the United States Grand Prix. 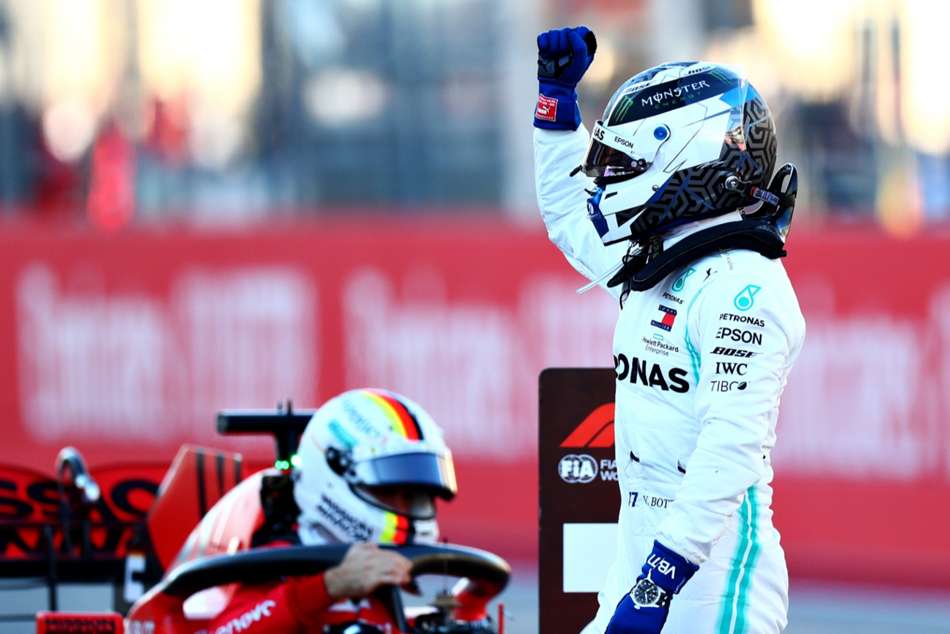 Hamilton will start the race at the Circuit of The Americas in fifth place, knowing a top-eight finish will be enough to retain his crown.

The Mercedes driver's team-mate, Valtteri Bottas, took pole in Austin on Saturday and has to win to have any chance of ensuring Hamilton must keep the champagne on ice.

Hamilton produced another masterclass to win the Mexican Grand Prix last weekend and has had one hand on the title for some time.

Kimi Raikkonen took the chequered flag for Ferrari in Texas last year and Sebastian Vettel will get under way on the front row for the Scuderia ahead of Max Verstappen, with Charles Leclerc in fourth.

Hamilton has fond memories of racing in the USA, having won this race four times in a row before Raikkonen ended his dominance last October.

The 34-year-old has topped the podium Stateside on six occasions and the likelihood is that will be his tally of F1 titles on Sunday.

Bottas knows it is probably only a matter of time before Hamilton moves within one world title of the great Michael Schumacher, given he trails his colleague by 74 points with three races remaining.

The Finn showed he is still up for the fight and is desperate to improve his record of only having won three times on the 10 occasions he has started at the front of the grid.

Asked how Hamilton would react to only qualifying in fifth, Bottas said: "I don't know what his mindset is right now but from what I know of him, he's going to be there, fighting hard.

"For sure he also hates losing, he always wants to win like all of us and obviously he's leading the championship with a big margin. He doesn't need many points and I'm sure he would like to win the championship in a nice way eventually when and if it happens.

HUNDRED UP FOR VETTEL

Vettel will start on the front row for the 100th time in his career and the German is optimistic he can claim just a second win of the season.

The four-time world champion said: "I had a very good first lap and I had some margin maybe in the last sector where I was maybe taking it a little but too conservative, making sure that I finished the lap, set the lap first and then improve on the second lap.

"Unfortunately, I didn't improve, so my plan didn't quite work. Overall, it was good.

"I think we will have a strong race. The car felt a lot better, which is also what we needed, so let’s see what happens."

The drivers can expect similar conditions to the previous two days, dry with relatively cool temperatures of around 16 celcius.