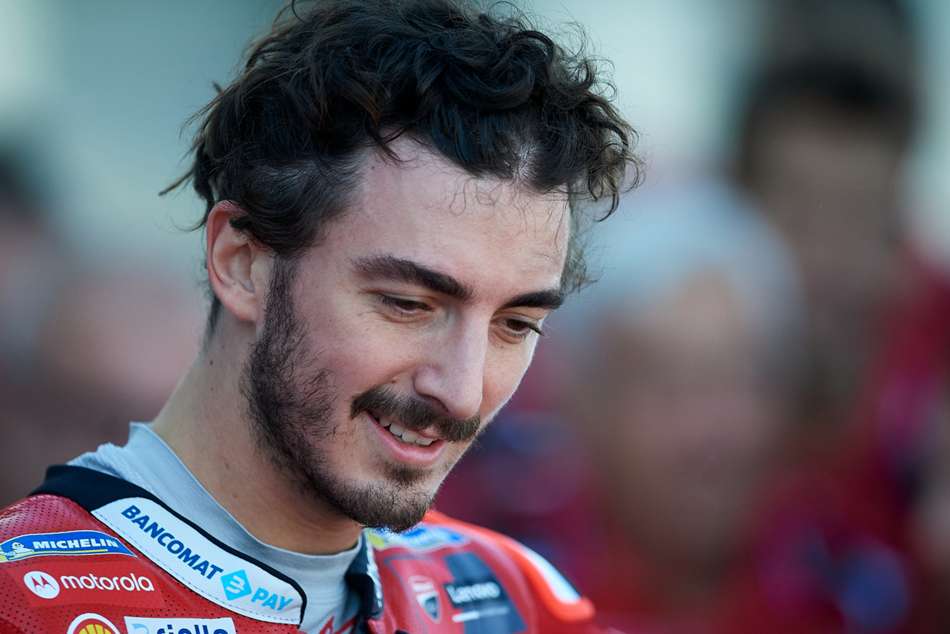 Ducati's Bagnaia was aiming to become the first rider since Marc Marquez in 2019 to win five races in a row and looked good value to achieve that heading into the final lap.

But in the latest tense battle between the pair, Gresini rider Bastianini took the lead from Bagnaia on turn seven to claim his fourth victory of the season.

Bagnaia had to settle for 20 points, which further increases the pressure on the faltering Quartararo, who crashed out early on and has just one podium finish in his past five races.

Aleix Espargaro held off Jack Miller and Brad Binder, who had earlier climbed from 10th to third, to complete the podium with an impressive performance on home soil

The first big twist arrived on the first lap when Quartararo hit the rear of Marc Marquez, competing for the first time since May, and was unable to continue.

Takaaki Nakagami was fortunate to avoid serious injury soon after when unintentionally struck by Marquez, who was forced to retire in a disappointing return to action.

Further up the grid, Bagnaia and Bastianini engaged in another battle and, unlike in San Marino last week, it was the latter who came out on top on this occasion.

Having temporarily taken the lead a little earlier before gifting it straight back, Bastianini made a sensational move on Bagnaia late on to win the race.

The battle for third was just as entertaining, with Espargaro making his move on Binder with two laps to go to move within 17 points of leader and reigning champion Quartararo.