Second place went to Fabio Quartararo (Monster Energy Yamaha MotoGP) to make it a French 1-2 in MotoGP while it was a first front row for Aprilia with Aleix Espargaro third, the first front row for the manufacturer in the premier class since Jeremy McWilliams at Phillip Island in 2000.

On row two for the German GP is Jack Miller, who was on course for pole position on numerous occasions, having perfected the first two sectors but failing to convert the final two. 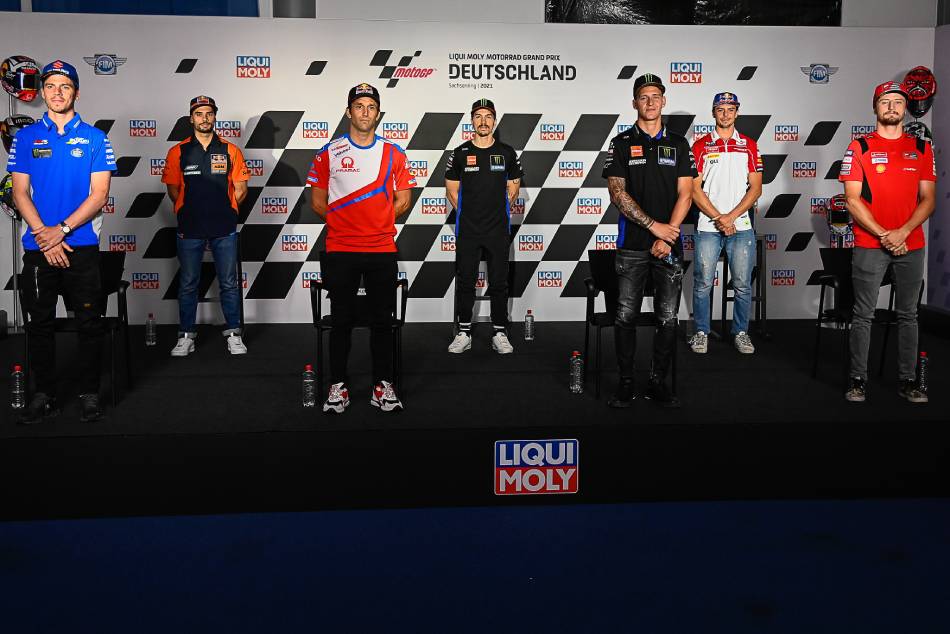 German GP: Who can stop the King of the Ring?

Behind Miller, the King of the Sachsenring, Marc Marquez. Having been eyeing up a front row place for the majority of the session, Marquez dropped to the middle of the second row, but it is his best qualifying position since his return.

After a lot of cruising and looking for the ideal track position, Miguel Oliveira (Red Bull KTM Factory Racing) completed the second row.

In seventh place, Jorge Martin heads up row three and makes it three Ducatis inside the top seven, whilst eighth place went to Pol Espargaro (Repsol Honda Team), who was tracking Quartararo for the majority of the second half of the session.

He is joined by fellow Honda rider Takaaki Nakagami (LCR Honda Idemitsu) who completed the session in ninth, but ended it in the gravel, with a fall at Turn 1 in the closing stages.

Rounding out the top ten is Francesco Bagnaia (Ducati Lenovo Team), just more than half a second from Zarco's pole time.

The Indian audience can catch all the action live on EUROSPORT SD/HD channels.