Bengaluru, August 6: A pal of gloom descended over in the the pre-event press conference room of the Styrian Grand Prix as MotoGP legend Valentino Rossi had just announced his decision to hang up his helmets and bike at the end of the season.

The nine-time world champion is calling time on a 26-year career in Grand Prix racing as it was time for the Yamaha Motor Co Ltd and Yamaha Motor Racing to say Grazie Vale.

The Japanese manufacturer plans to maintain a close working relationship with the Italian after 2021 through various collaborations including the VR46 Riders Academy and the 'Yamaha VR46 Master Camp training and racing programmes. 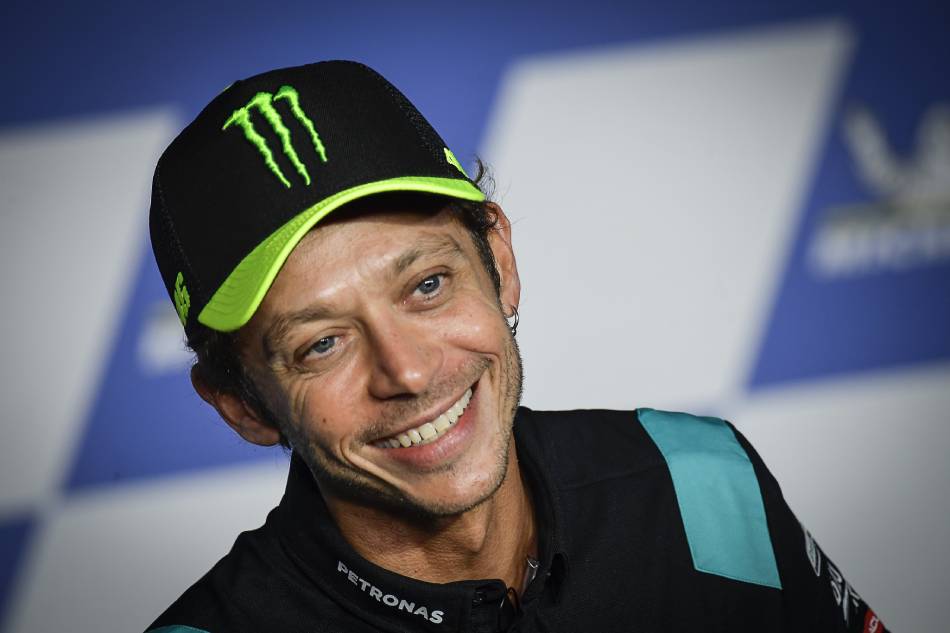 Over a career spanning more than a quarter of a century, the Italian has carved out a niche that will be hard to match or surpass, either on-track or off and his fellow MotoGP riders on the grid were quick to admit that.

"It's difficult to believe because you know he was already two-time world champion and I was still not born, and we're still racing with him and imagine that next year he will not be racing.

It's kind of sad you know, he's really the guy that makes me want to be a MotoGP rider. When I was a kid watching him, waiting hours in front of the hospitality to get the picture and then for me, yes, he's the legend of the sport, he made an amazing career and I think that he's a legend, still my idol and yeah I've no words to describe him."

"It'll be strange but thanks to Vale for what he gave because I think he changed the vision of the motorbike during the 2000s until now and when you speak about motorbike with someone that doesn't know anything, he can just tell you Valentino Rossi so it really means something.

We were expecting that there'll be a day that he'll say stop and it's coming and it came. Just amazing because he stayed such a long time, we could watch him on TV and he became the idol and then we could race with him. I think there aren't so many sportsmen like that. So thanks for what he gave, and I think the way he was racing will remain always his way, because it was always with a different approach I would say, more than most of the others."

"I feel so privileged to have the opportunity to race with Vale for this for two years, three. I probably was more nervous than him when he was given the news! It's a difficult moment because it looks like this moment never arrives for a rider.

I'm for sure he has everything to go and enjoy a lot the life and I'm so happy for him. There was a question that a journalist was asking him if he feels like Michael Jordan of the basketball and for sure he's the Michael Jordan of the motorbikes. It'll be difficult to repeat another Valentino Rossi in history, so wishing him a lot of luck I would hope to see him in the next seasons around the paddock."

"He was my point of reference when I was a kid. You know when I started to love that passion of motorcycle was, especially when I start to see Valentino with his celebration the way he win the races, so at the end, as a kid I grew up I had the opportunity to share the team with him, and for sure to be internally sharing the data, sharing comments everything and you know I had the chance to learn, this is the most important.

Valentino is more than an icon more than a legend, my idol. He's the point of reference since I was three years old now and yeah, it's sad. We need to say thank you to him because he grew MotoGP a lot and also was an inspiration for me so in the end you know as I said I was very lucky to share the team with him for many years."