Bengaluru, November 13: Valentino Rossi enjoyed his final MotoGP qualifying session and will set his sights on ending his glistening career on a high after qualifying 10th for the Valencia Grand Prix as Jorge Martin grabbed the pole position for the fourth time in his rookie season.

Jack Miller (Ducati Lenovo Team), who had headlined the practice sessions on the opening day, made it a Ducati front row lockout. 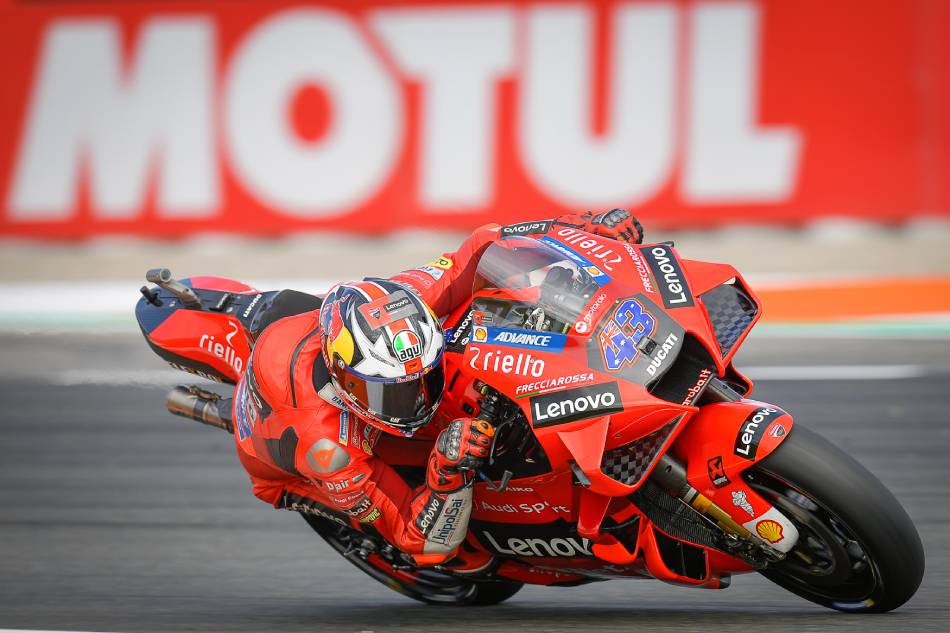 Valencia GP: Miller fastest as its Ducati vs Honda on Day 1

Alex Rins came through Q1 to make it two GSX-RRs in the top six in qualifying - a rare sight.

For the fourth time in his rookie season, Jorge Martin will start on pole.

It has been a quiet and tricky weekend so far for the Frenchman, and a P8 in qualifying is not what he would have been looking for.

10th for the nine-time world champion in his final qualifying session is a job well done by the 42-year-old. It is safe to say the Italian thoroughly enjoyed himself out there in the glistening sun, in front of a packed crowd

Sunday afternoon, Circuit Ricardo Tormo, 2pm local time (6.30pm IST). It is time to get set for what promises to be an emotional 2021 season finale, as the MotoGP grid is set to bid adieu to one of the all-time greats of motorcycle racing. Grazie Vale!