Bagnaia was locked in battle with Fabio Quartararo (Monster Energy Yamaha MotoGP) over eighth position when he hit the deck, while Aleix Espargaro (Aprilia Racing) also failed to score points after a technical problem before the start at the Motegi. 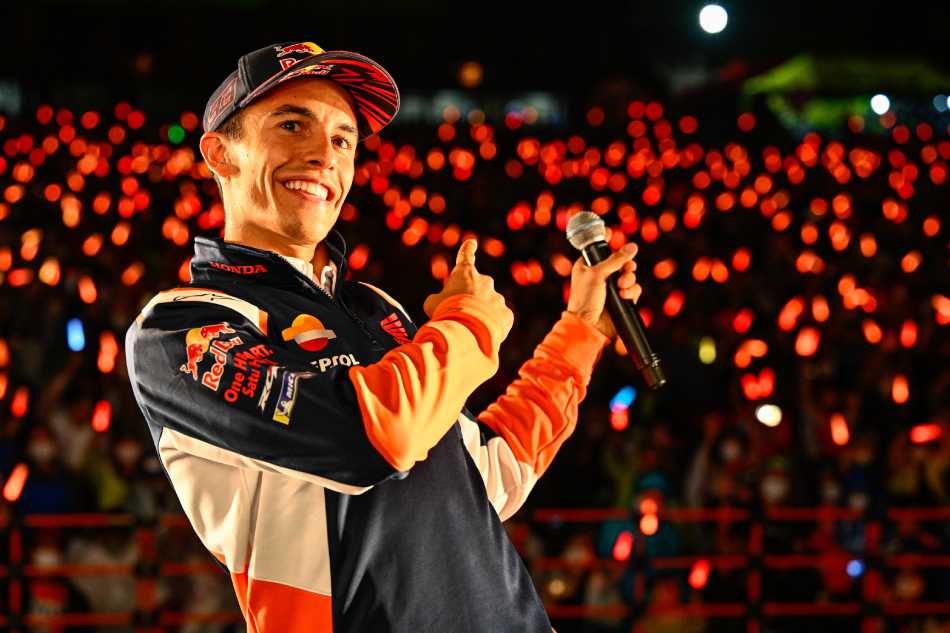 The Thrllier, as he is known in paddock circles is a runaway winner at the Japanese GP where two 2022 FIM MotoGP World Championship contenders did not finish. Game on!

Binder had been multiple seconds behind Martin before halfway but had closed the gap back to less than one second inside the final five laps.

On Lap 22, Marquez squeezed past Oliveira and into fourth position at the V Corner, as Binder applied the blowtorch to Martin. The KTM pilot finally made the pass at Turn 1 on the 24th and final lap, but Miller was already 5sec clear.

Talk of the town

So Miller cruised to the fourth victory of his MotoGP career by an official margin of 3.409sec from Binder, Martin, and Marquez.

Fifth position was only decided right at the end, with Marini looking like he had made the move on Oliveira at the 90 degree corner, only for the Portuguese rider to snatch the spot back in the last few turns. But the talk of the town was Marquez.

There was the literal 2022 FIM MotoGP World Championship battle for eighth! Bagnaia had snatched ninth position back from Bastianini through Turn 12/Turn 13 on Lap 20 and that gave him a clear shot at Quartararo.

He put the pressure on the Yamaha rider and appeared to be trying to fashion a pass as they braked for Turn 3 on the final lap, but asked too much of his front tyre and hit the deck.

After the mayhem in Motegi, Quartararo's 2022 FIM MotoGP World Championship lead has grown to 18 over Bagnaia, while Aleix Espargaro is another seven behind, and there are still four rounds to go in a topsy-turvy title fight! Even better, the next event, the Thailand Grand Prix at the Chang International Circuit, is just a few short days away on October 2.