Bengaluru, September 24: After 1,071 days - and another 90 minutes - Marc Marquez is back on top as the Repsol Honda rider grabbed his 91st Grand Prix pole position for the Japanese GP at the Twing Ring Motegi.

The heavens opened over Motegi and a pole position drought was also broken as Marquez qualified fastest. 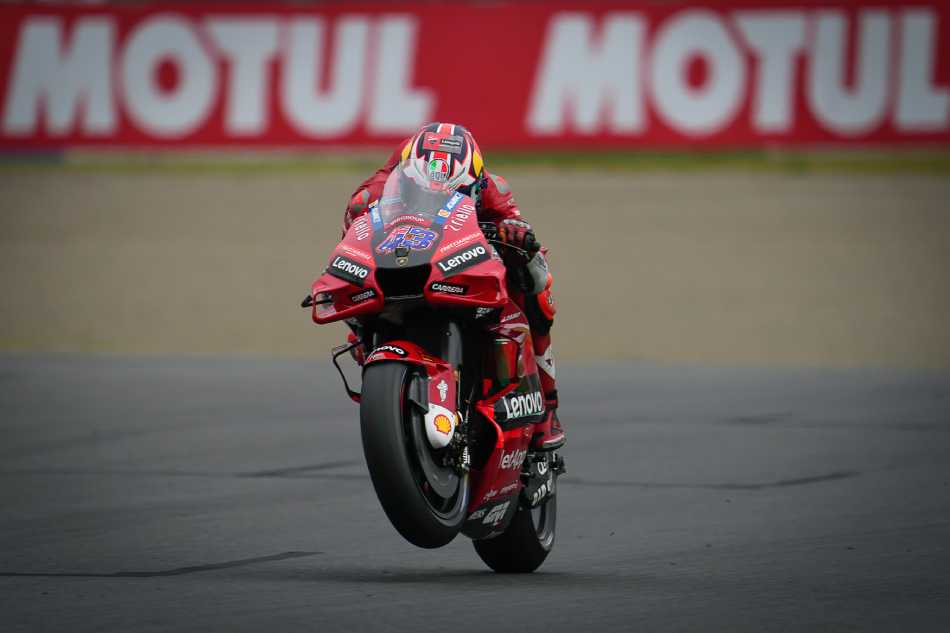 Although there was joy for the eight-time world champion across all classes, none of this year's three title contenders qualified any higher than sixth.

That means we have to go all the way back to sixth to find one of the title contenders. Aleix Espargaro was seventh when the chequered flag out, but managed to improve marginally to a 1:55.771 to also claim a berth on the second row as he tries to make up a 17-point deficit to 2022 FIM MotoGP World Championship leader Quartararo.

Speaking of El Diablo, he was only ninth-fastest in Q2 with the 1:56.326 which he set on his first flyer. Still, Quartararo was better than Bagnaia, who could not extract any real pace from either of the Ducatis he rode during the session, which he finished last.

Bagnaia, who has four wins and a second place from the last five races, faces an uphill battle to repeat either of those results from 12th on the grid on Sunday. Jack Miller (Ducati Lenovo Team) had a big front-end save midway through the session on his way to a 1:55.784 which was good enough for seventh, while Miguel Oliveira (Red Bull KTM Factory Racing) crashed after setting a 1:55.895 which would leave him eighth on the grid.

Next up is warm up on Sunday at 10.40 am local time (7.10aom IST). Then it's lights out at Motegi at 3pm local time (11.30am IST). Indian audience can catch all the action live on Eurosport channel. Buck up guys! It's vroom time in Motegi!