By Sajith B Warrier
Updated: Friday, November 15, 2019, 12:03 [IST]
oi-Sajith B Warrier
Jorge Lorenzo has decided to bring curtains to his MotoGP career after 18 seasons of stunning racing.

Bengaluru, November 15: Three-time MotoGP world champion Jorge Lorenzo's decision to call time on his career after the season-ending race in Valencia on Sunday (November 17) at his home turf is a well thought out one.

The stats speak for himself -- 18 seasons, three MotoGP World Championships, two 250cc world title, 68 wins, 152 podiums, 69 pole positions and 37 fastest laps: that is Lorenzo, one of the true greats of the modern day Grand Prix racing.

The 2019 FIM MotoGP World Championship season was a different challenge for the Spaniard as he partnered world champion Marc Marquez at Repsol Honda. 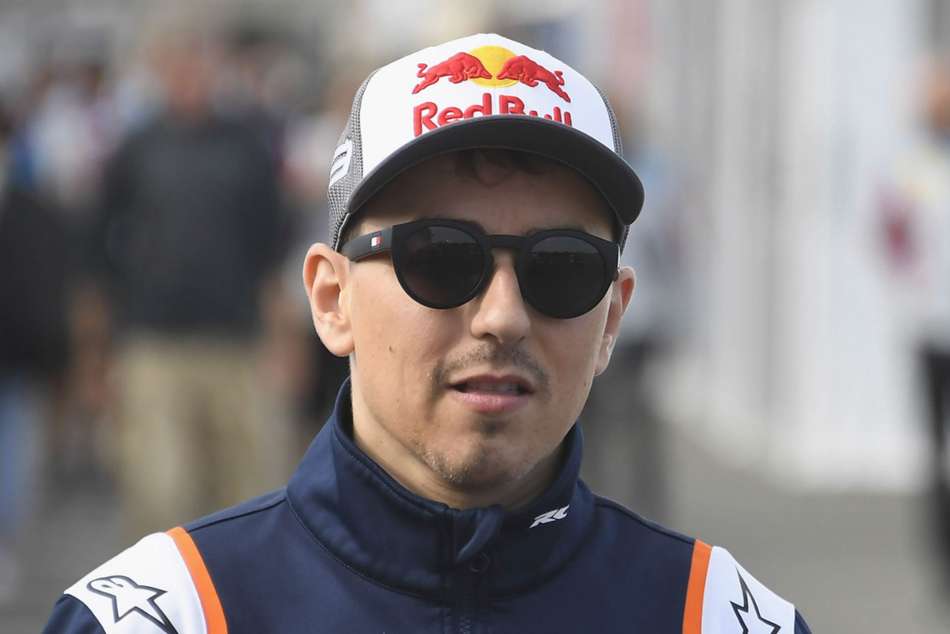 Injuries struck again, and broken vertebrae interrupted the season, necessitating a long recovery. Although the 32-year-old once again fought hard, he has now decided to bow out on home turf on one of the venues he has ruled more than many.

Lorenzo leaves the paddock with a number of incredible achievements to his name including being the second most podium finishes in the premier class (114) and the second highest pole positions across all classes (69).

True to the spirit of racing, he will also be inducted as a MotoGP legend next season at the Spanish Grand Prix at Jerez.

"There are four significant days in the career of a rider. Your first race, your first win, your first championship and the day you retire. I'm here to tell you this day has arrived for me. I want to announce this will be my last race in MotoGP. Thanks to all," with this cryptic tweet, Lorenzo announced his decision.

The words were repeated in the press conference that followed where he thanked each and everyone.

"I always worked very hard, but without being at the right place at the right time, and especially without the help of many people who worked with me through my career, would have been impossible for me to achieve what I've done."

Lorenzo made his debut in the 125cc World Championship in 2002, missing the first day of his first Grand Prix because he was still too young. But his 15th birthday fell on qualifying day and the young Spaniard headed out to do the first laps of what would go on to become one of the most successful careers of all time.

By his fourth race he had scored his first points, and his best finish that year was seventh, taken in Rio de Janeiro. A year later in Rio, he would win his first Grand Prix. From there the momentum would grow.

Three wins and four further podiums in the 125cc World Championship the following year saw him finish fourth overall, setting solid foundations for a move onto 250cc machinery in 2005. There he took six podiums as a rookie, and his first titles were just around the corner as he began 2006 with back to back wins.

He wracked up another six by the end of the year, taking his very first World Championship after a stunning season that announced him as a serious force to be reckoned with. In 2007 he stayed in the class to defend the crown and did so, this time with an incredible nine wins.

From there, MotoGP beckoned with Yamaha. There are few better ways to make a splash in the premier class than taking pole for your first race, and that is exactly what Lorenzo did. He was on the podium in both of his first MotoGP races too before taking to the top step for the first time on only his third appearance. That was at Estoril, as he beat two men he would continue to compete with for years to come -- Dani Pedrosa and Valentino Rossi, then his team-mate.

Injury struggles and crashes would mar the rest of 2008 for Lorenzo as Rossi lifted the crown, but 2009 saw the Spaniard bounce back and make his first run at defeating the then eight-time world champion on the other side of the garage. Rossi was victorious, but 2010 would turn the tables.

2012 saw him back in the running from the off as he won the season opener, and he took podiums in every single race as he clinched his second MotoGP world title. He added one more in 2015 after a closely fought battle with Rossi.

In 2016 he switched to Ducati and at the start of an injury-prone 2019 season to Repsol Honda.

"Unfortunately, injuries came soon to play an important role in my season, being unable to ride in normal physical conditions. I understood, that if I'm not able to fight for something big, to fight for the title or at least to fight for victories, I can't find the motivation to keep going specially at this stage of my career."

With those words Lorenzo bid adieu to the paddock. Adios champion!