Bengaluru, November 16: A seventh-place finish in the Valencia Grand Prix was enough for Joan Mir to clinch his maiden FIM MotoGP World Championship crown with a race to spare in the 2020 season.

A stunning final lap at the Circuit Ricardo Tormoo saw Franco Morbidelli taking his third win of the year after fending off Jack Miller, with Pol Espargaro bringing up the last spot on the podium.

Having won only his first MotoGP race a week earlier, Mir cemented his name in the record books as he saw out his championship victory in a professional manner. 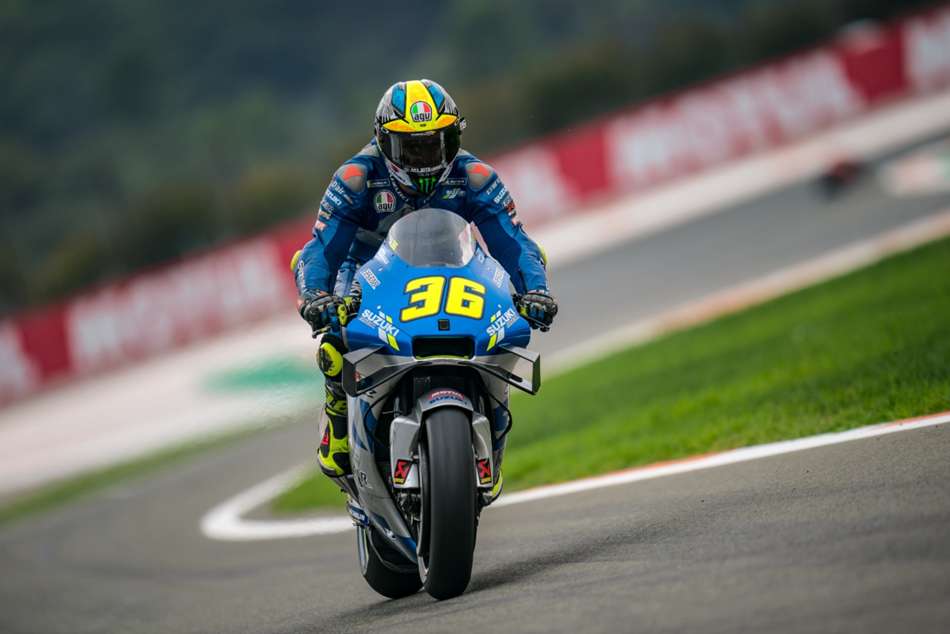 The Spaniard's victory has many firsts to its credit. He became the first Moto3 champion to win the premier class title and the first to win it for Suzuki in 20 years since Kenny Roberts Jr in 2000.

As the MotoGP caravan heads to Portimao, Portugal, for the final race of the 2020 FIM MotoGP World Championship, with Dorna Sports inputs, myKhel.com takes a look at some of the other highlights of the new champion's path to the title.

Mir has stood on the podium (seven times) more than any other rider in 2020 FIM MotoGP Championship season, including a win at the European GP.

This is this first time that a Suzuki rider is reaching podium seven or more times in the premier class since Roberts Jr in 2000.

Mir became the tenth different rider in the history of Grand Prix racing to win a Championship with Suzuki.

He is only the fourth different Spanish rider to take the premier class Championship, along with Alex Criville (1 title), Jorge Lorenzo (3) and Marc Marquez (6).

Mir is the seventh-youngest rider to clinch a premier class World Championship, aged 23 years and 75 days old on race day of the Valencia GP, between Valentino Rossi (22 years and 240 days old) and Lorenzo (23 years and 159 days old).

Mir is also the first premier class world champion without a single pole position during the season since Wayne Rainey back in 1992.

At the European GP, Mir took his only win of the season so far, becoming the first premier class world champion with the lowest number of wins during the season.