Marquez suffered a fractured humerus in the first race of the season at Jerez and had an operation to fit a titanium plate.

Remarkably, the 27-year-old was back on the bike for the Andalusia Grand Prix the following weekend but declared himself unfit to race after feeling discomfort in qualifying. 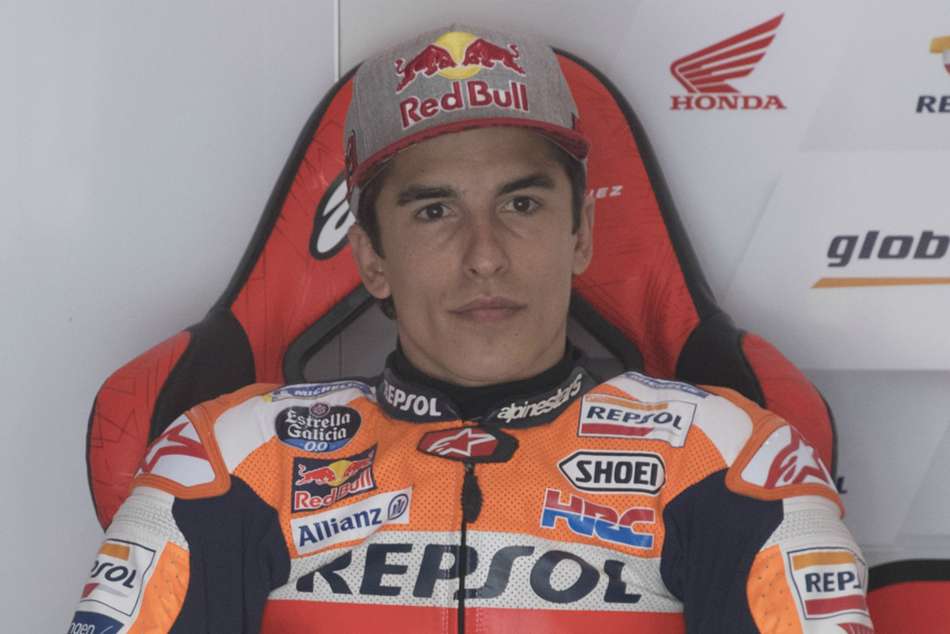 It was confirmed on Monday that Marquez has had a second operation due to damage to the plate, which Puig attributed to a "domestic accident".

Speaking ahead of this weekend's Czech Republic Grand Prix in Brno, Puig said: "As you know, last Monday, Marc had another surgery on the humerus due to the crash at Jerez.

"It was a domestic accident this time because he was trying to open a window and he suddenly felt a lot of pain and later we could see that the plate was broken.

"This is caused after all the stress that he had in the arm, but as you know we went to Jerez with conviction that we could do it.

"The doctors were okay [for him] to do it and they never informed us that the plate could have broken.

"If we had this info, probably he wouldn't have gone to Jerez, Honda will not have given him the chance to ride.

"But the positive point is that this happened in his house, not at Brno on the bike, or in Austria, which could have had massive consequences in case he had another crash.

"From now on we will have to continue to check the development of his fracture and only time will tell when he's ready to go back racing."

With Marquez now 50 points adrift of Fabio Quartararo in the standings, the Repsol Honda rider is facing a huge task to keep alive his challenge for a seventh MotoGP title.

However, Puig is not prepared to discount him from what would be a famous triumph.

"You can never say never, it's never over but it's more difficult," he said. "Now, other guys have an open window, guys who maybe didn't have any chances have some chances now.

"But if you check it mathematically, it's more difficult, but it's like this. Sometimes you win, sometimes you lose.

"Marquez, normally he wins. Now it's going to be more difficult."

Marquez will sit out the Czech Grand Prix and will reportedly miss the following two races, returning at Mugello in September.