For the first time since winning the Emilia Romagna Grand Prix on October 24, the Repsol Honda rider was back on a closed race circuit as he continued to assess the development and improvement of his diplopia.

As per a Repsol Honda Media release, Marquez completed a total of 65 laps over the course of the day, and his team were able to further evaluate his current condition in the lead up to the 2022 FIM MotoGP World Championship which begins at the Losail International Circuit in Qatar on March 6.. 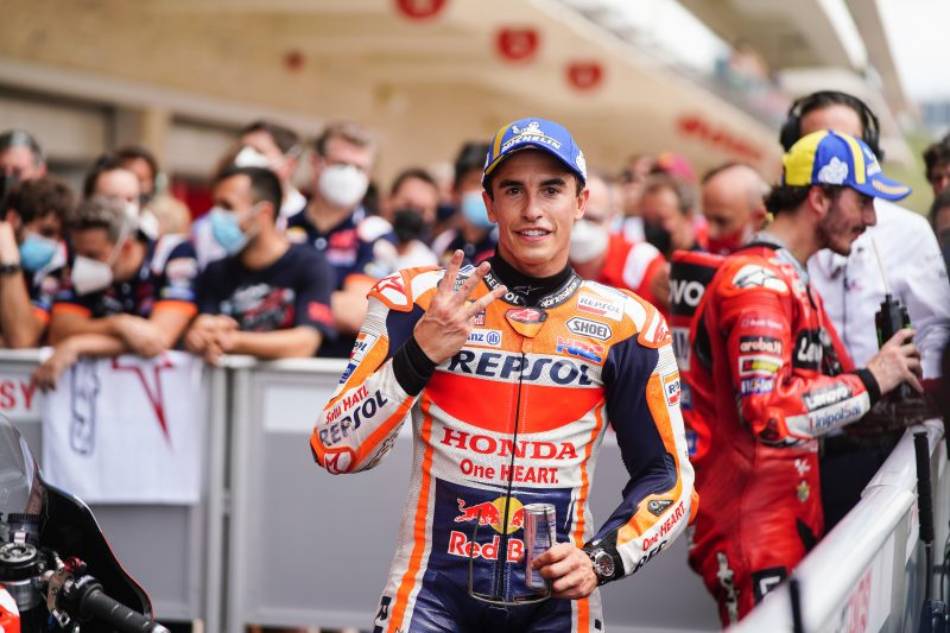 The Spaniard was first and foremost overjoyed to experience the thrill of riding again after his injury-enforced break.

The 28-year-old reported no major concerns with his diplopia during the day and was left pleased and optimistic with the day's work.

"I'm feeling very happy, first to be back on a bike at the track and also because we were able to confirm the sensations I had on a motocross bike here with the road bike. It's a great feeling, a feeling of relief because when I was riding, I didn't have any discomfort with my vision," said Marquez, who had been suffering from double vision since an off-road training accident in the build up to the penultimate round of 2021 FIM MotoGP World Championship in Algarve, Portimao (Portugal Grand Prix) in October.

Attention now turns to the first pre-season test at the Sepang International Circuit in Malaysia on February 5 and 6.

"Since I haven't ridden in so long, I did notice some physical areas where I'm missing a little bit but this is just because I have not been able to have my usual pre-season. There's a margin to improve but the positive and the fundamental take away from this test was to reconfirm the feeling we had when we first got on the motocross bike and to enjoy the good feeling of speed," Marquez added.

Marquez would now be working to be fit and ready to return to his Repsol Honda Team RC213V for the Sepang test.

"I have completed an intense day of riding with long runs, I am very happy with the results. We have two weeks until testing begins in Sepang so I will take the opportunity to intensify my physical preparation and train on the bike," Marquez signed off.