Bengaluru, December 11: Red Bull's Max Verstappen won the Abu Dhabi Grand Prix and the Formula One (F1) World Championship in contentious circumstances on Sunday (December 11) after passing the Mercedes of title rival Lewis Hamilton in the last lap at the Yas Marina Circuit.

The 24-year-old driver notched up a 10th victory of the season when he took advantage of a second safety car to overtake seven-time champion Hamilton on the final lap after Nicholas Latifi crashed.

Verstappen and Hamilton, who went into the race level on points, went whee to wheel to the chequered flag with the Dutchman edging the race. 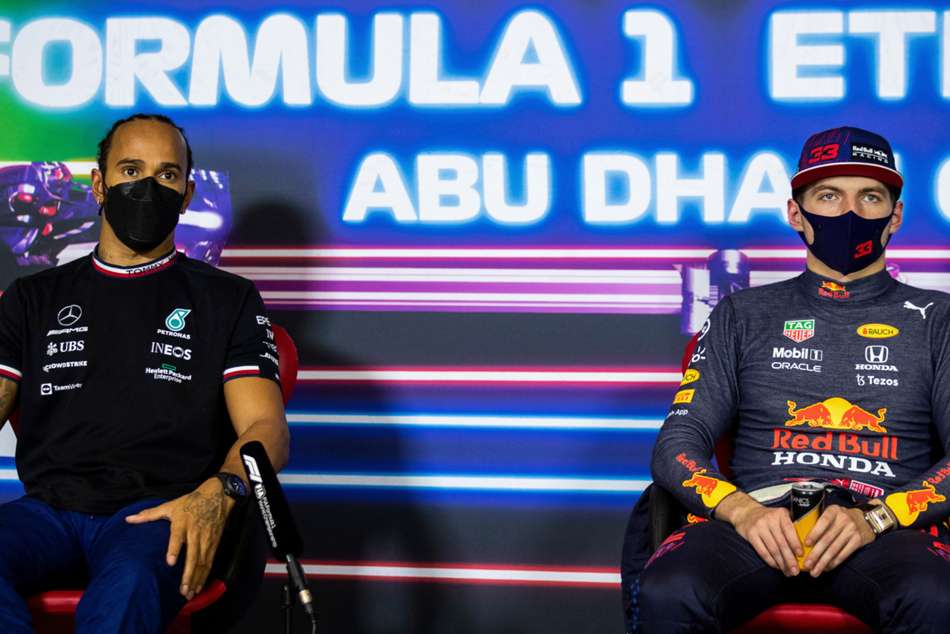 Hamilton, who had won the three previous races, made the perfect start when he overtook Verstappen before by the first corner.

The two then tangled on the first lap with Verstappen overtaking and forcing Hamilton wide off the track but the Mercedes driver cut across and rejoined the race in the lead.

He slowed to give back time but the stewards decided not to investigate the incident.

Hamilton built up a lead which was then threatened when Red Bull took advantage of a virtual safety car on lap 36 of 58 to switch to a new set of hard tyres.

Hamilton stayed out and saw the Dutchman erode his lead with every lap. Another safety car on lap 54 enabled Verstappen to pit again and switch to soft tyres.

When the safety car came off, just one dramatic lap remained and the two began it neck and neck.

But the fresh tyres paid off for the 24-year-old Verstappen who surged through to win the race and the title to roars from the stands at the Yas Marina stands as curtains came down on a thrilling 2021 FIA F1 World Championship.

In only the second championship chase to see the top two enter the final race of the season all square on points, Verstappen had to match Hamilton but struggled to do so for much of Sunday's remarkable race.

Red Bull were furious following an early flashpoint that had Hamilton ahead, yet Mercedes were outraged by the chequered flag as Verstappen, on fresh tyres, was allowed a single lap after a safety car to take the title.

Hamilton fell just short of history on this occasion, stuck on seven titles alongside Michael Schumacher, but there was a new landmark for champion Verstappen.

His 18th podium of the year was undoubtedly the sweetest and made the Dutchman the first man to reach that mark in a single F1 season.

Hamilton looked to have done everything right but paid for Mercedes' call not to bring him into the pit lane in the closing stages.

A tough start had been forecast for Hamilton when he stuck with medium tyres while Verstappen - and others close behind - used softs. Instead, rapid reactions at lights out put the Mercedes in front.

Verstappen struggled to find the requisite pace, but was given another lifeline by a safety car with four laps remaining.

Again he pitted as Hamilton did not and a dramatic finish saw lapped cars allowed to pass the safety car, infuriating Mercedes and leaving Verstappen one lap to go at the race leader, who he decisively passed at the last.