Miller leads the charge at Misano

Bengaluru, October 23: Jack Miller (Ducati Lenovo Team) ended a wet Day 1 of the Emilia-Romagna at the summit thanks to a superb 1:41.305 in FP2, a lap time that saw the Australian enjoy a huge advantage of nearly a second over Johann Zarco (Pramac Racing) by the time action came to a close.

Aleix Espargaro (Aprilia Racing Team Gresini) left it late to claim P3 on Friday, but the Spaniard is the only other rider to get within a second of Miller at Misano so far.

Francesco Bagnaia (Ducati Lenovo Team) ended the day in P8, but Championship leader Fabio Quartararo (Monster Energy Yamaha MotoGP) had an even tougher time of it as the Frenchman took P16 on the combined timesheets. 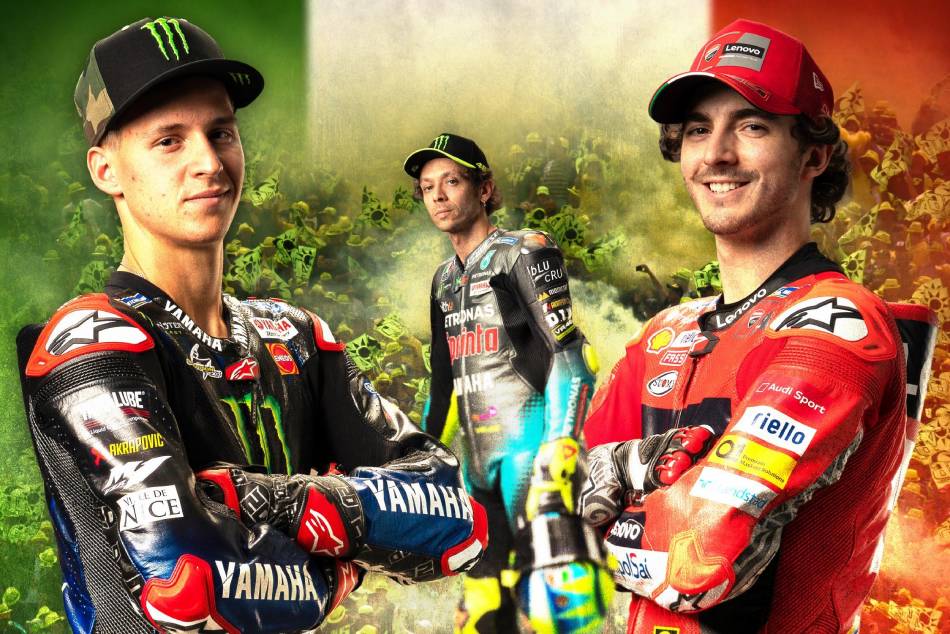 It's match point at Misano; Rossi ready for last dance

Not the ideal start to a #MatchPoint weekend, but there is plenty, plenty left in the locker in Emilia-Romagna.

All eyes will be pointing towards the skies when the riders open their curtains ahead of FP3, with plenty of big names - including Quartararo, legend Valentino Rossi (Petronas Yamaha SRT) and COTA-winning Marc Marquez.

Miller on the move

Rain in the morning and in the early afternoon meant the premier class got plenty of wet weather running under their belts, but the sun did creep through the clouds for most of FP2, allowing conditions - and therefore times - to improve.

Miller was quick to demote FP1 pacesetter Zarco to P2 as the Aussie sat over a second clear of anyone for a while in FP2, with all but two riders improving by the mid-point of the afternoon stint.

With more rain forecast for Saturday morning's FP3, the FP2 conditions - wet, but much better than FP1 - could be the best conditions the riders face in the chase for automatic Q2 places. Quartararo was P12 with five minutes to go, with title rival Bagnaia looking comfortable - after his crash in FP1 - in P5.

No improvements were made by the Frenchman in the closing stages, meaning Quartararo would end Day 1 down in P16, with Pecco - as things stand - making his way into Q2 in P8.

Zarco enjoyed a very successful opening session of the weekend as the premier class completed a rain-soaked Friday morning, the Frenchman fastest as he seeks to take home the top Independent Team rider crown this weekend.

Second fastest was Marc Marquez (Repsol Honda Team), but the eight-time world champion was 1.4sec down on Zarco's 1:42.374.

Aleix Espargaro took P3 by the end of the session as he seeks to stop Zarco taking top Independent this weekend, ahead of an impressive KTM push just behind.

The top ten after Friday is solely European manufacturers, with Ducati, Aprilia and KTM locking out provisional places in Q2