By Sajith B Warrier
Updated: Saturday, November 16, 2019, 15:19 [IST]
omnisport-Sajith B Warrier
Amid talk he could be swapping teams with Danilo Petrucci, Jack Miller played down the speculation.

Bengaluru, November 16: Jack Miller insists he has heard nothing more than "rumours" that he might swap teams with Ducati rider Danilo Petrucci next year.

Amid talk the pair could be swapping teams ahead of 2020, Miller – fourth fastest in Valencia Grand Prix practice on Friday – played down the speculation. 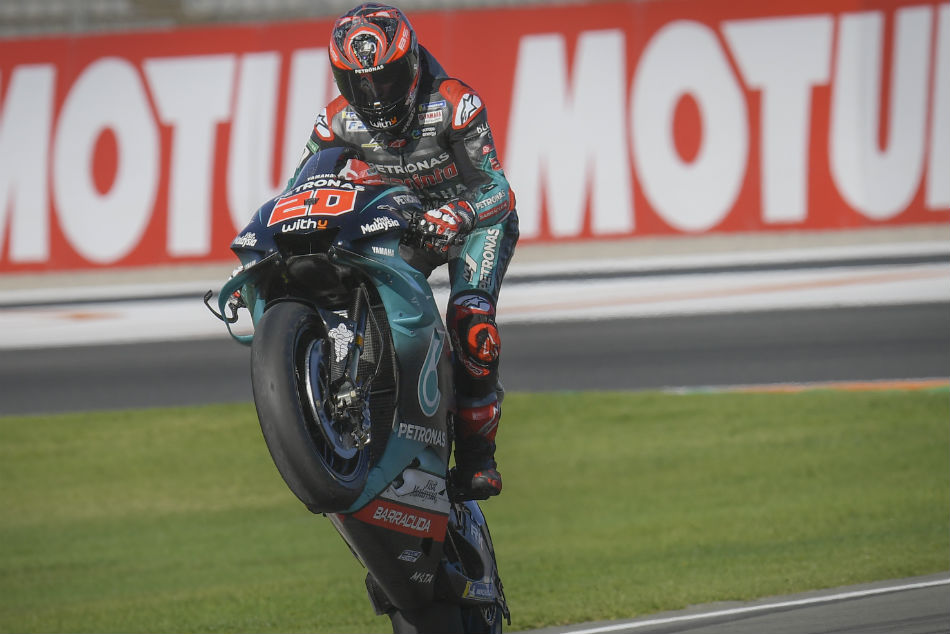 The Australian said, according to MotoGP.com: "There have been rumours around for the last weeks, but I haven't heard anything about them yet."

Miller could be set to contend for his second MotoGP victory and first since 2016 after a fine showing in practice, which was led by Petronas Yamaha SRT's Fabio Quartararo.

The Frenchman's time of one minute, 30.735 seconds saw him lead the pack ahead of Maverick Vinales and world champion Marc Marquez.

While Quartararo – who is sixth in the riders' standings – was pleased, the 20-year-old said his team had work to do if he was going to secure a first MotoGP victory on Sunday.

"It feels good to make such an improvement from one year ago at the test when I was in P17," he said on Yamaha's website.

"It shows our progress and it's a reward for our effort, and we'll continue to work in the same way going forward.

"We know that time attacks are one of our strengths, but we're not quite there yet on race pace. We need to work on the bike and find a good strategy to improve tomorrow.

"We're not far away, but we'll try our best tonight to find the issues and fix them."