Bengaluru, October 10: Qatar's Nasser Al Attiyah missed out on FIA World Cup for Cross-Country Rallies title by a point to Frenchman Stephane Peterhansel after South African driver Giniel de Villiers managed to claim the outright victory in the final round in Morocco.

Overdrive Racing and Toyota Gazoo Racing endured mixed fortunes in what turned out to be a dramatic Rally of Morocco.

De Villiers managed to claim outright victory for the fourth time and the first with new Spanish co-driver Spaniard Alex Haro at the wheel of one of four Toyota Gazoo Racing Hiluxes.

Al Attiyah began the event with a nine-point lead in the FIA World Cup for Cross-Country Rallies, but cruel engine issues on the fourth day cost the Qatari and French navigator Matthieu Baumel a useful lead they had built up over the first three days. 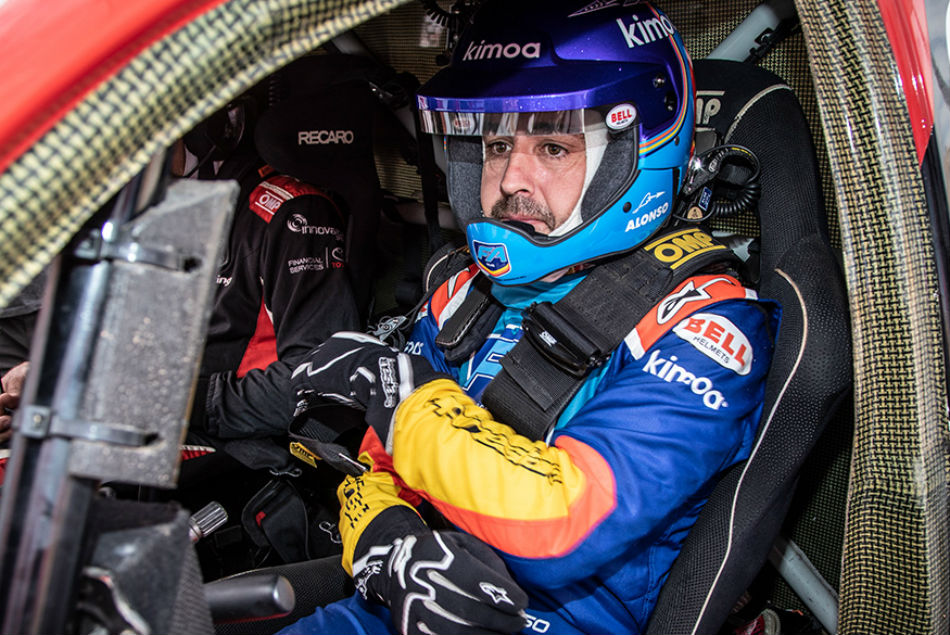 Morocco Rally: Alonso set for first competition in the dunes

The Toyota Gazoo Racing pairing were relying on rival Peterhansel finishing lower than fifth overall if they were to claim the world title again. The Frenchman managed to reach the finish in fifth place and snatched the title from the Qatari by a single point.

Two-time FIA Formula One World Champion Fernando Alonso gained valuable experience from his first ever FIA cross-country event and overcame punctures, a front axle breakage and everything that the Moroccan desert could throw at him to reach the finish in 27th position with five-time Dakar winner Marc Coma acting as his co-driver.

"Overall I think it was okay - a positive day. We finished the stage with a couple of issues. We punctured three times and we only had two spares, so we had to wait for a car to ask a favour. We learnt a lot and did some kilometres," said Alonso.

De Villiers reached the finish in fourth place and moved up to second in the overall classification, 17min 09sec behind Al Attiyah, while Alonso was 10th fastest, despite a lowly starting order and having to battle through the dust. Ten Brinke and Van Loon were sixth and eighth, but Khoroshavtsev and Al Rajhi lost time in 19th and 20th.

"We didn't make any navigational mistakes and I was really pushing because we need to see where we are," said Al Attiyah.

"A long day with the new road book system we received in the morning. We were really careful and we didn't make any mistakes because it's not easy to open without having seen the road book. We knew we were losing time but, over the last 70 kilometres, we pushed to try and win the stage," the three-time Dakar Rally champion added.

The final selective section of 168km passed between Erfoud and the finish in Fes and included passages through valleys and across plains with the added challenge of the navigation.

Peterhansel had managed to cling on to fifth overall at the night halt. If he was to finish lower than fifth Al Attiyah could still claim the FIA World Cup title.