While a puncture and navigation problems lost Loeb his overnight lead on a stage won Nasser Al Attiyah in a Toyota Hilux, the nine-time World Rally Championship (WRC) winner still finished the day in third spot overall, 4min, 50sec off the lead. 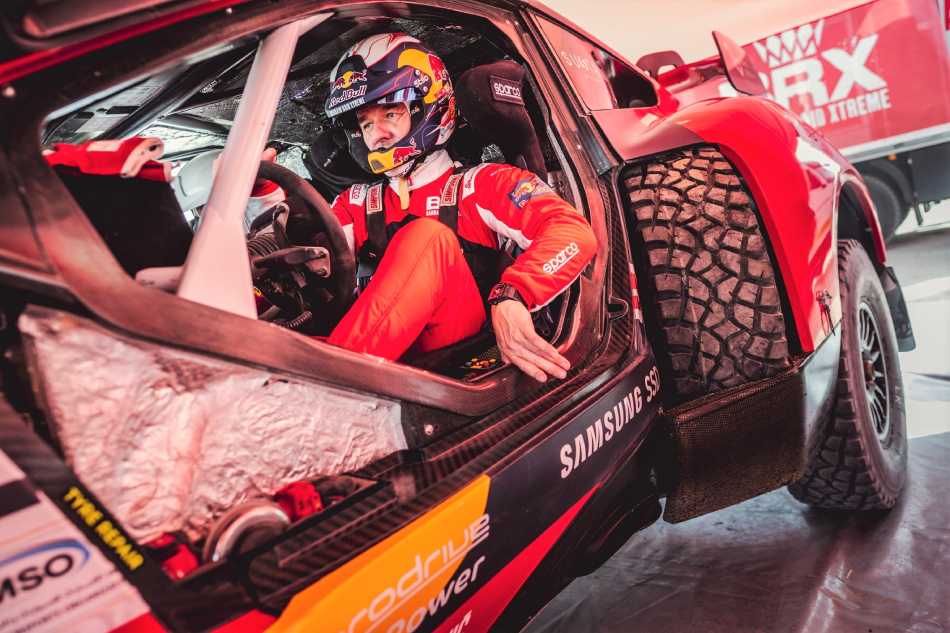 Loeb had finished runner up to Al Attiyah in this year's Dakar before grabbing the W2RC lead from the Qatari in Abu Dhabi Desert Challenge back in March.

The tussle between the deadly due continues in Morocco as the rally enters a decisive stage.

Loeb is almost 23min ahead of Al Attiyah his big rival in the race for the FIA W2RC title, who lies fourth overall, with two more desert stages remaining before the finish in Agadir on Thursday (October 6). Meanwhile, Prodrive Hunters were 1-2-3 overall for a second straight day.

Chicherit was denied a first stage win in the Hunter by his own puncture issues, and a navigational problem, but still managed the second fastest time on the 299kms competitive section.

"It was a tough day, like every day here. We tried to win the stage because the plan was to take the lead in the rally, so we got 50 per cent of it right." he said.

"We made a mistake in navigation and lost a lot of time at this point. But rallying is like this. I love the car more every day, and now we're leading the rally with two more days to go, so we need to stay focused," added Chicherit.

Loeb in the hunt

Loeb completed the stage. "We had one puncture, and that's average, but we were lost a few times for a little while, and I think everybody was a bit like that. But with one mistake we lost around 10 minutes. So it was a complicated day. But we're still in the fight, and we've to do better next time."

For a third day running, Chicherit showed his liking for the Hunter by setting the early pace, before Loeb, Al Attiyah and then Yazeed Al Rajhi in turn took the lead on the stage over the first 186kms.

But, as on the previous day, a series of punctures then took their toll, including one for Loeb and two, including a slow puncture, for Chicherit. Rated as the most difficult stage of the rally, the competitive section presented a combination of dunes, tracks and plateaux, adding up to a stern test of driving and navigational skills in the Western Sahara desert.

It was always likely to claim some casualties on a route which started and finished at the new Laayoune bivouac, where the rally was resting for a second night, ahead of Wednesday's 346kms penultimate stage to Tan-Tan.