Partnered by fellow-Frenchman Alex Winocq, Chicherit extended his overnight lead to reach the finish in Agadir with a 10min, 55sec margin over Orlando Terranova and Alex Haro in their BRX Prodrive Hunter.

Qatar's Nasser Al Attiyah is the new W2RC leader after finishing third overall in his Toyota Hilux, just over 29min adrift of Chicherit and almost 19min away from runner-up Terranova. 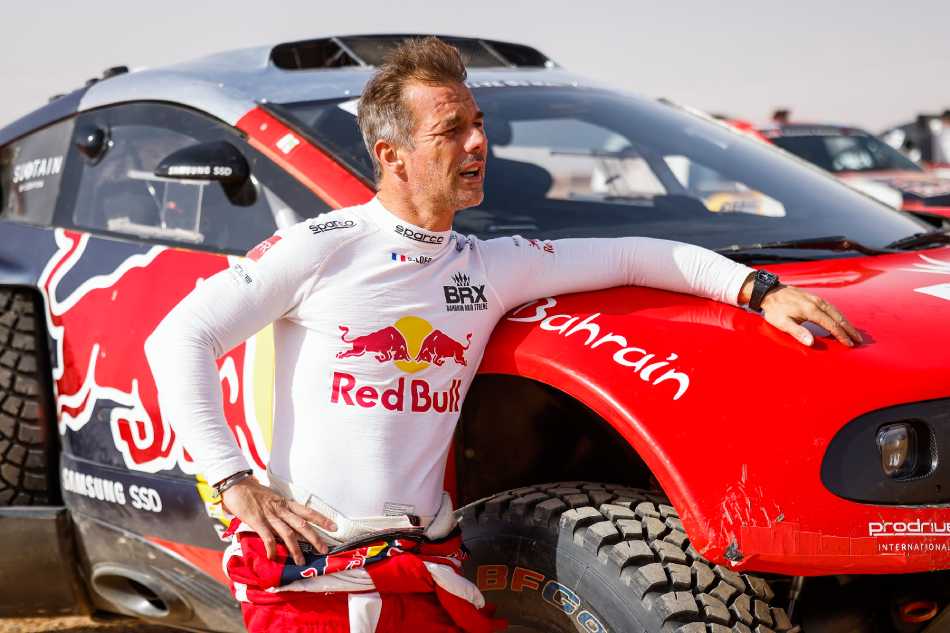 Loeb had been firmly on course to extend his lead in the World Rally-Raid Championship when he started the previous day's stage, lying third overall, with a lead of almost 23min over Al Attiyah.

But the 127kms into the stage he was halted by steering problems, which eventually forced his retirement for the day, with the BRX team working through the night to put the Prodrive Hunter back in action.

The final leg which returned the Rallye Du Maroc to Agadir was as challenging as it was spectacular, 185kms of special stage and 189kms of liaison, all along the Atlantic coast, finishing with a 10kms beach run along the famous Plage Blanche.

From the start, Loeb had his sights on maximum W2RC points as the stage winner, setting the pace on the first 30kms, and gradually increasing his lead over Chicherit at 93kms, 249kms and 274kms, before cruising home along the white beach with 1min, 8sec to spare.

After being forced to retire from the penultimate leg with steering problems, BRX star Loeb produced the perfect response alongside co-driver Fabian Lurquin, setting the fastest time on the final leg to keep alive his title hopes in the W2RC.

Second fastest on the day, having led the rally since the end of third stage, Chicherit went into the record books by securing a maiden rally victory, and surely the first of many, for the impressive Hunter. Significantly, all three Prodrive Hunters completed the rally running on sustainable Eco-Power fuel, which reduces CO2 emissions by 80 per cent.

"I felt really confident in the car during the test. It fits really well with my driving style. My confidence grew, kilometre by kilometre, in the rally. It's amazing what the team has done, to build a car from scratch and two years later for it to be performing like this. I also have to say a huge thanks to Alex (co-driver Alex Winocq) for doing a huge job," said Chicherit.

A new breed of desert racers and the next generation of rally machines gave us a glimpse of the future as curtains descended on the Rallye du Maroc. Next up is the Andalucia Rally running from October 18 to 23. Not only is it the fourth and final round of the FIA World Rally-Raid Championship, but also the last race before January's Dakar Rally.