Bengaluru, October 4: Rally legend Sebastien Loeb powered his way to a brilliant stage victory for Bahrain Raid Xtreme to take the lead in the Morocco Rally, the penultimate round of FIA World Rally Raid Championship (W2RC), as the Prodrive Hunters dominated proceedings in the Western Sahara desert.

The nine-time World Rally Championship (WRC) winner clinched the 315kms competitive section from Agadir to Tan-Tan by 10minm 15 sec from BRX team-mate, Orly Terranova, with Guerlain Chicherit in another Hunter completing the top three on a dramatic day in Morocco.

The result lifted Loeb from seventh overnight into an outright lead by 8sec from Terranova, with Chicherit just 4min, 12 sec away in third place overall. 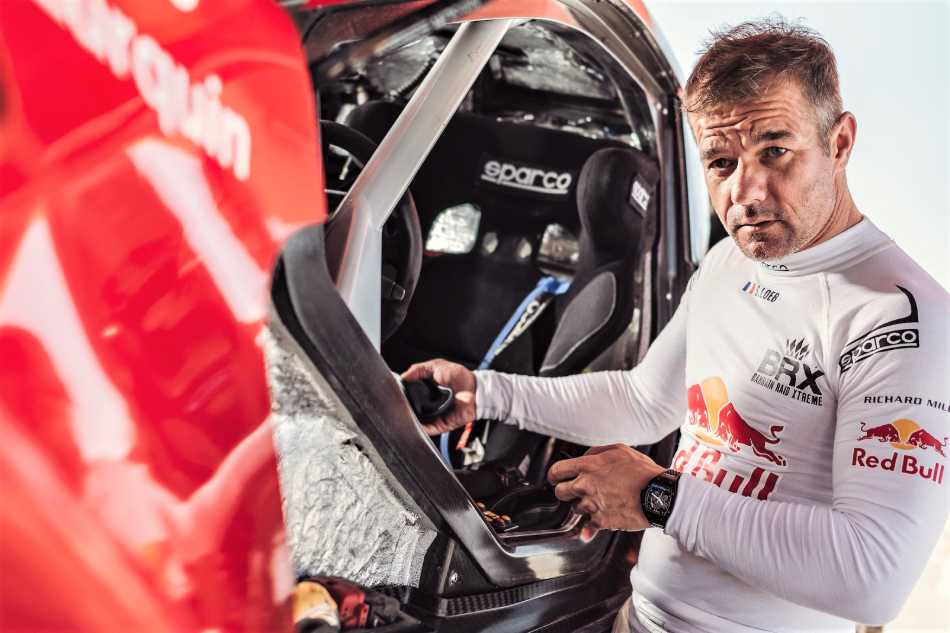 Most significantly, the French star finished the day with a massive 33min, 18 sec advantage over Qatar's Nasser Al Attiyah, his fierce rival in the battle to become the first W2RC champion.

Loeb had started the rally in style, recording the third fastest time on the opening day in his BRX Prodrive Hunter on the 8.67kms prologue, which served as a
warm-up for the main action to follow over the next five days and it looks as though he is continuing from where he let go.

While the trio of Prodrive Hunters had all lost ground through a combination of mechanical, tyre and navigational problems on the previous leg, it was Al Attiyah, and Saudi Arabia's overnight leader Yazeed Al Rajhi, who found trouble.

Lying second at the end of the first desert stage, Al Attiyah plunged out of contention after a series of three punctures forced him to wait for assistance, while punctures late on the stage dropped Al Rajhi to fourth overall.

For the second day running, Chicherit impressed on his first competitive drive in the Hunter, setting the pace on the early part of the stage.

It was then Loeb's turn to increase the power and take the stage lead before the halfway point, with BRX team-mate Terranova also making good progress to make it a 1-2-3 for the Prodrive Hunters, before the Argentinian later moved ahead of Chicherit.

The leg had begun with a 119kms journey from Tan-Tan to the start of the rally's second desert stage, which included a variety of terrain up to a large plateaux at the midway point, followed by a succession of dunes.

The stage finished at the new Laayoune bivouac, located on an imposing site overlooking a wadi, where the Rallye du Maroc set up camp for two nights. In between comes the 299kms third desert stage, with another two stages to follow before the finish in Agadir on Thursday (October 6).

The five-round inaugural FIA World Rally-Raid Championship kicked off with the famous Dakar Rally in Saudi Arabia, an epic adventure in the spectacular sand and dunes of the Empty Quarter. The Championship remained in the Middle East for the Abu Dhabi Desert Challenge before heading to central Asia and Kazakhstan, where the arid scrublands and deserts of the world's largest landlocked country provide another different challenge.

Rally Andalucia will mark the World Championship's visit to Europe, while ongoing Rallye du Maroc on the African continent rounds out the season with its wide range of technical, fast and sandy tracks, as well as dunes.