Aragon, October 18: Alex Rins revelled in an "unbelievable" feeling after the Suzuki Ecstar rider clinched his first MotoGP win of the 2020 season on Sunday.

Rins overtook Maverick Vinales with 16 laps remaining in the Aragon Grand Prix, and held off a brilliant charge from Alex Marques to claim victory.

Joan Mir came in third, rising to the top of the world championship standings in the process, with Fabio Quartararo slipping from pole position to 18th place. 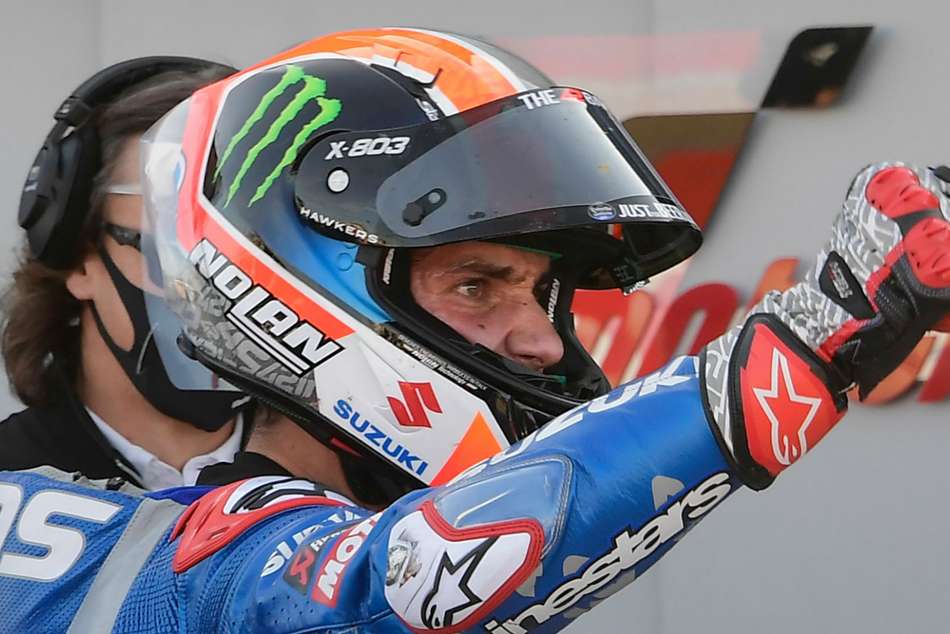 "Incredible, unbelievable," Rins said of his win. "Since the start, I was so calm, I was thinking maybe it was a bad thing!

"I had a good start, and then when I was behind Maverick I was thinking I had a bit more.

Marquez – the younger brother of six-time world champion Marc – claimed second for the second race running, though he may have snatched his maiden MotoGP triumph if not for a wobble on the final turn with three laps to go.

The Spaniard was still thrilled with his display, however, saying: "Honestly I didn't expect to be on the podium, starting from P11.

"I was trying my best from the beginning, in the end I was one of the riders who took a bit more care on the rear tire.

"Work to do, all it would need was one mistake, but I'm happy to be on the podium for a second week in a row."

Meanwhile, new championship leader Mir was left to rue some mechanical issues which he felt cost him a push for second on the final lap.

"It feels amazing [to be top]," he said. "Going race by race, trying to be as consistent as I can.

"I'm not really happy about today because I was struggling a lot on the last lap, we had some problems with the front of the bike on the last lap and I was not able to maintain the pace.

"Disappointed about that but super happy to be on the podium."