Bengaluru, November 20: Joan Mir has celebrated winning the 2020 FIM MotoGP World Championship and now the Spaniard has set his sights on helping Suzuki claim the Triple Crown for 2020.

In the absence of six-time world champion Marc Marquez, it has been a wide open race for the title this season.

However, Suzuki rider Mir snatched the crown with a seventh-place finish in Valencia last time out, following a maiden win at Circuit Ricardo Tormo in the previous race. 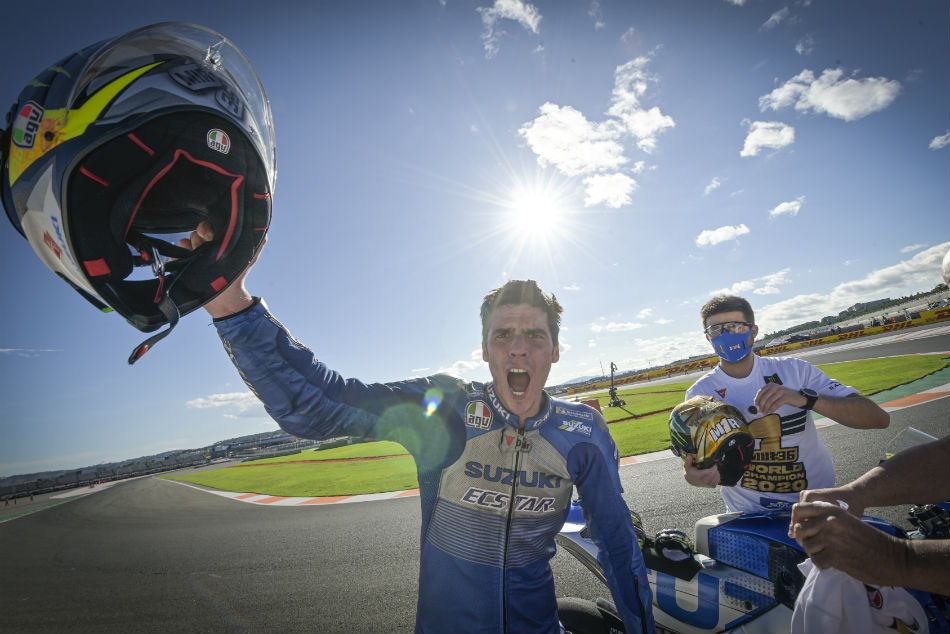 Mir can make history when MotoGP heads to Portimao's Algarve International Circuit for the first time – if he fails to secure the top step of the podium, he will be the first world champion to have only won one race throughout a campaign.

Rather than revel in his glory, however, the 23-year-old is set on helping Suzuki, who top the team and constructor standings, clinch a coveted Triple Crown.

"We celebrated with my family and on Sunday we went to dinner, but you know not many things because we have this weekend, the last race," Mir told a news conference.

"We had a lot of interviews, messages, difficult one but enjoying the moment. I'm happy and now we have a mission to do here.

"Getting the Triple Crown, it would be a very good season if we don't get it but it would be super good if we could. I'm fully focused on that, motivated also and let's see if I can have the package to fight for victory here."

The triple crown is in sight for @suzukimotogp, along with a potential 1-2 in the championship! 🥇🥈@JoanMirOfficial is prepared to do his bit to help @Rins42 if needed! 👊#PortugueseGP 🇵🇹 | 🎥https://t.co/xsvEOko2tW

"We didn't have this discussion already but if they ask me, I will not have any problems helping Alex get second," Mir said when asked if Suzuki's team manager Davide Brivio had asked him to assist his team-mate.

"I think if they would ask Alex to help me get first he would do it, so it would be good from my part to do it. But it has to be the situation to help him, if not it's not relevant."

Andrea Dovizioso led the championship earlier in the season, though he sits tied for fifth heading into his last race for Ducati.

The Italian is taking a sabbatical from MotoGP next year, and is aiming to finish on a high note.

"Yes, for sure this is our target. We really want to finish in a good way with a good result because we are fighting for the championship," Dovizioso said.

"Second or third will be quite hard because Franco is a bit too far but everything is open because we are at a new track and nobody knows a lot of details.

"Everything is possible, anything can happen. I am happy to be on a new track for the last round and enjoy the last race with Ducati."

The Portugal GP will be held on Sunday at 2pm local time (7.30pm IST).