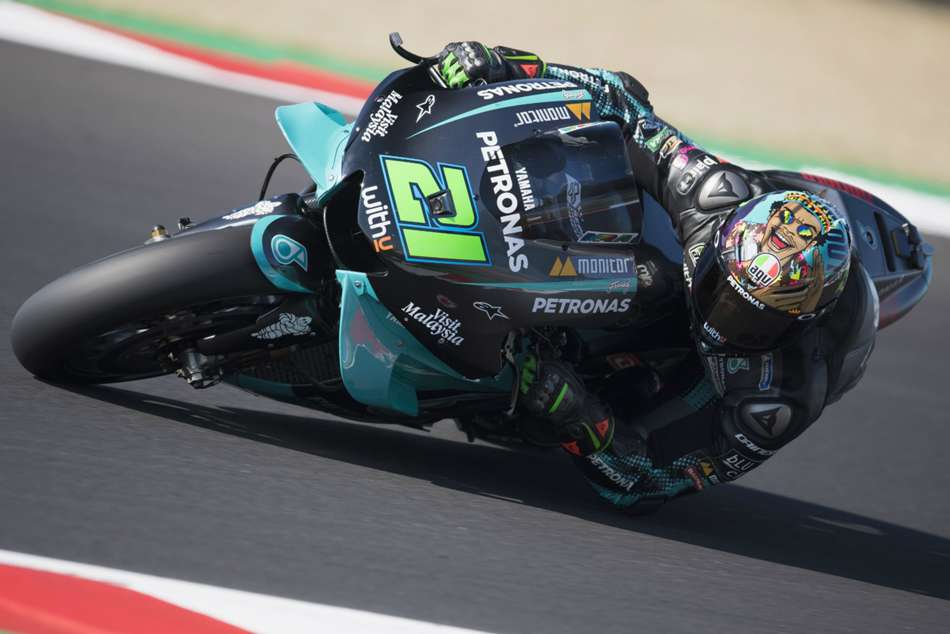 The Italian was a popular local winner in front of a limited crowd, the first time spectators have been able to watch a live race in 2020 amid the coronavirus pandemic.

An emotional Morbidelli struggled to comprehend the scale of his achievement at Misano, in a race where Fabio Quartararo surrendered his championship lead to Andrea Dovizioso after a costly tumble.

"I don't know how it feels, I still have to process everything, but it's definitely a good thing, a good feeling," he said.

"I'm very happy, I'm enjoying the moment now, the only thing I can say is thanks to my team, thanks to my people, all the people working with me and helping me.

"During the last laps I was thinking a lot about seven years ago, more and less, when I was racing in the Italian Championships, super stock. I was winning that race and it felt just the same but much more.

"So, I'm just overwhelmed at the moment, the only thing I can is thank you to everybody."

Francesco Bagnaia earned a first career podium with a fine race to finish second, an impressive achievement considering he has just returned from a knee injury and a deserved one after engine failure saw him miss out on the top three in Jerez earlier this year.

"The last five weeks it was very difficult to be happy but it gave me the anger here to be competitive," said the Pramac Racing rider.

Suzuki Ecstar's Joan Mir was cruelly denied a first win last time out at the Styrian Grand Prix when a rare red flag was waved while the Spaniard was well out in front.

Having not prepared for such an eventually, Mir went out on 18-lap tyres when the race was restarted but he claimed a third-place this finish this time around and he reflected on a job well done at Misano.

"I'm really happy, I gave my hundred per cent in this race," he said. "We started on the medium rear so I was struggling early to warm the tyres but then I started to catch up.

"I missed a couple of laps too because I saw the other riders were dropping a bit more and I was able to maintain pace.

"Thanks to my team, it was not as strong as Austria but we're on the podium so let's keep it like this."