By Sajith B Warrier
Updated: Saturday, October 24, 2020, 22:31 [IST]
omnisport-Sajith B Warrier
Takaaki Nakagami claimed the first pole position of his MotoGP career in qualifying for the Teruel Grand Prix.

Bengaluru, October 24: Takaaki Nakagami will start Sunday's Teruel Grand Prix in pole position after a brilliant performance in qualifying, though it was a frustrating day for 2020 FIM MotoGP World Championship leader Joan Mir.

Nakagami became the first Japanese racer since Makoto Tamada in 2004 to clinch a premier class pole, as the LCR Honda rider produced a superb time of 1:46.882.

There was no such luck for Mir, who will start 12th on the grid in the second of back-to-back Aragon rounds, while fellow title challenger Andrea Dovizioso had to settle for 17th. 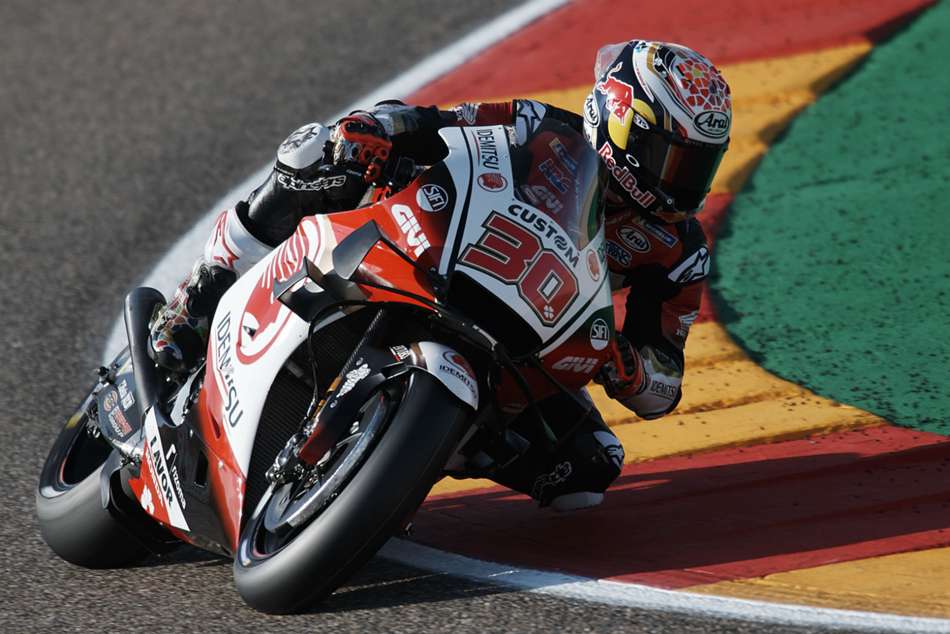 Nakagami, who this week signed a new two-year deal with LCR Honda, had topped the timesheets in practice and set the benchmark at the start of Q2, though Maverick Vinales (Monster Energy Yamaha) took over, with Alex Rins – the winner in last week's Aragon Grand Prix – then surpassing him.

Franco Morbidelli made a push for pole, but Nakagami improved his time on the final lap to finish ahead of the Petronas Yamaha rider by 0.063 seconds.

Rins ultimately dropped to third, but the Suzuki Ecstar rider is still in a strong position to target a second straight victory at the Aragon circuit.

Vinales tops the second row thanks to a brilliant effort on his final lap, while Johann Zarco, who crashed on the last corner of the session, is fifth.

Fabio Quartararo let his championship lead slip in dramatic fashion last time out, and he will start in sixth.

With Mir having his fastest lap cancelled, Dovizioso – who accepted in the build-up to the weekend that his title hopes are on the line – suffered his joint-worst qualifying result of the season on a dismal day for Ducati, with all four of their riders failing to make the cut for Q2.