MotoGP 2020 Year in review: Racing against time and the pandemic

Bengaluru, December 10: A season that looked a non-starter due to the novel coronavirus (COVID-19) pandemic had all the thrills and frenzy around with as many as nine different winners emerging on the podium and new MotoGP champion -- Joan Mir -- being crowned by the end of the year.

If history-making has a propensity to get overused, then the 2020 FIM MotoGP World Championship truly deserves the moniker.

Dorna Sports, who hold the commercial rights of the event and FIM did a commendable job in a season marred by the COVID-19 pandemic which forced a complete rejig of the calendar. 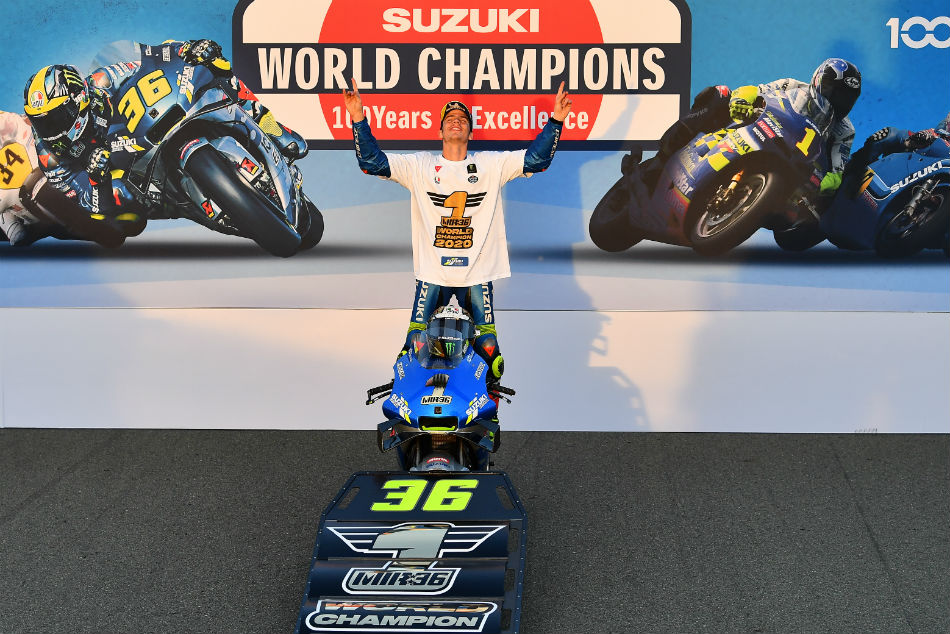 The sigh of relief on Dorna Sports CEO Carmelo Ezpeleta was palpable as the season ended at Portimao, Portugal, with home hero Miguel Oliveira reigning supreme.

"With the COVID-19 protocols in place, we showed that the Championship can continue, and can be done so safely," Ezpeleta told the official broadcaster as curtains came down on a stellar season.

The Spaniard was quick to add that it was a challenge to conduct the races amidst the raging pandemic.

"The situation as we said in the beginning, we were controlling the cases, there were some in Austria, and then in any place there've been one or two people who've been home and then have some problems before they return - some riders and some workers in the paddock.

But the most important thing is that, through the tests we were doing, we were able to control everything and know what the situation is," Ezpeleta added.

On the track Mir and Suzuki created history. The Spaniard's victory has many firsts to its credit. He became the first Moto3 champion to win the premier class title and the first to win it for Suzuki in 20 years since Kenny Roberts Jr in 2000.

It was a forgettable season for six-time champion Marc Marquez. The Spaniard's hopes of a fifth straight title were all but ended by the injury suffered in season opener at Jerez when he fell off his bike while in the lead.

The 27-year-old, who has been out of action since July, possibly faces another six months on the sidelines after undergoing a third surgery on his right arm.

The MotoGP 2021 grid will miss two of the regular riders, who have been in the paddock for many years -- Andrea Dovizioso and Cal Crutchlow.

Italian rider Dovizioso, who competes for Ducati is taking a planned sabbatical in 2021 and stepping away from competition while Britishman Crutchlow of LCR Honda is preparing to change racing for testing.