MotoGP analysis: Agony for Quartararo and ecstasy for Oliveira at Barcelona

Jack Miller (Ducati Lenovo Team) was promoted to P3 at the end of the race as 2021 FIM MotoGP World Championship leader Fabio Quartararo (Monster Energy Yamaha MotoGP) was handed two three-second penalies -- one a shortcut at Turns 1 and 2, while the other for riding without his leather suit correctly fastened and the required chest protector.

The incident-filled race at the Circuit de Catalunya in Barcelona also saw six-time MotoGP world champion Marc Marquez, who is on e comeback trail, suffering his third crash and -- resultant Did Not Finish (DNF) -- in a row. 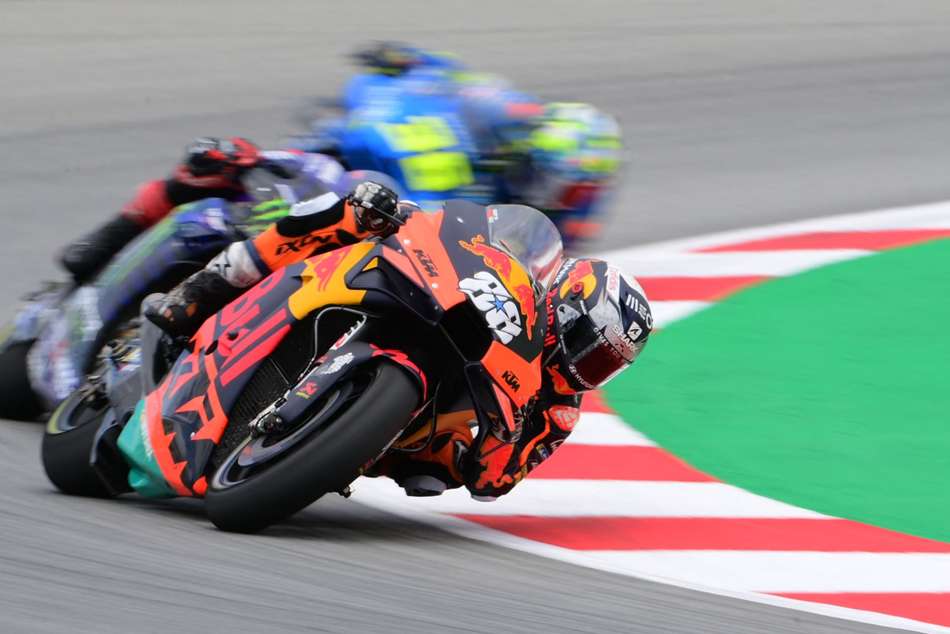 It was race to forget for Championship leader Quartararo who incurred a double penalty. He crossed the line in third place, but was handed a 3sec penalty for shortcutting Turns 1 and 2 in the closing stages, seeing him demoted to P4.

Then he was handed a further 3sec penalty for riding without his leather suit correctly fastened and without the required chest protector.

Zarco, who took the chequered flag just 0.175sec behind the winner in a marvellous second place has closed the gap with Quartararo was demoted to sixth after the double penalty.

It is now just 17 points between the Frenchmen heading to German Grand Prix.

For Miller, who brought up the last spot on the podium after the demotion of Quartararo it has been a good climb up the ladder. Both Repsol Honda Team machines suffered DNFs in the early stages, Pol Espargaro and Marquez going down uninjured at Turn 4 and Turn 10 respectively.

Aleix Espargaro and Valentino Rossi (Petronas Yamaha SRT) were two other riders to join Marquez in crashing at Turn 10.

In the end, Oliveira and KTM delivered an outstanding Sunday performance to win their first race of 2021. The Austrian factory are back in business this season after a tricky opening few rounds, with Ducati also impressing.

Just 30 points split the top four as the MotoGP caravan heads to Sachsenring. What awaits in Germany? We will find out in two weeks! Game on!