MotoGP analysis: How Binder made history at Brno

Bengaluru, August 10: Brad Binder's scintillating Czech GP victory at the Brno circuit, put him and KTM in the history books as it had it many firsts to its credit.

For Binder, the path to MotoGP victory and the first South African win in the premier class is one that started in the Red Bull MotoGP Rookies Cup, ascending via the 2016 Moto3 crown with Red Bull KTM Ajo and a trophy cabinet full of lightweight and intermediate class silverware. 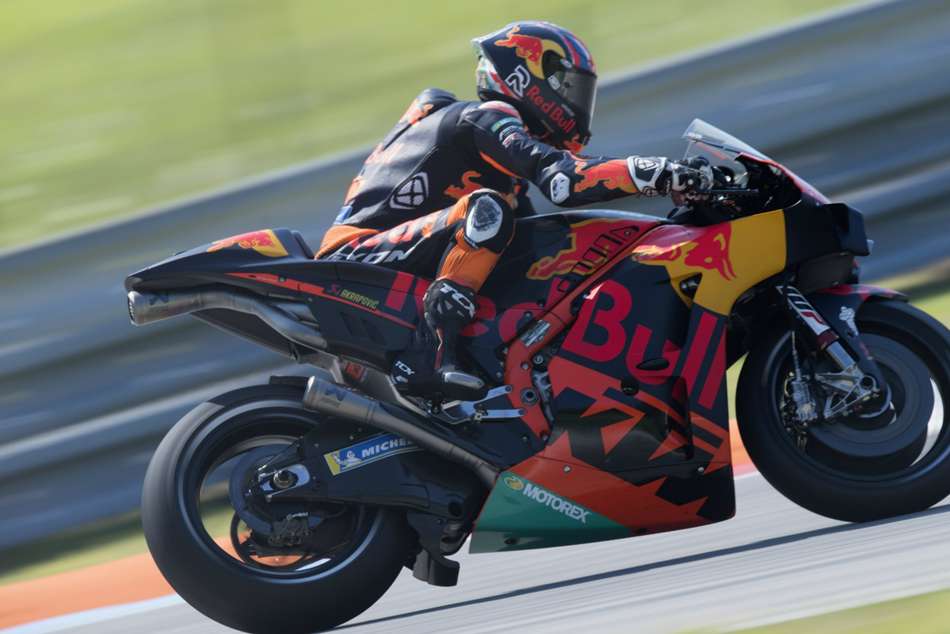 For KTM, the journey began full time competition in 2017 as the Austrian factory took on the premier class armed with a mission, a philosophy, and an incredible record of sporting achievement.

In their fourth season, a vital first part of that mission is accomplished, their philosophy remains unwavering and victory is a reality.

With Dorna Sports inputs myKhel.com looks at how Binder took his maiden MotoGP win to make history in Brno.

Sometimes things come together so perfectly that they can appear easy to the casual observer, like a 5sec gap at the front in only your third MotoGP race. That looks like an easy ride for Binder as he made history at the Czech GP and he certainly dominated a field of experience to make it look so.

But the blood, sweat and tears that go into winning, and making history, are often not caught on camera. That does not mean they are not there.

Binder looked like a man on a mission right from the start and he held his cool till the chequered flag went off.

The South African made the graft and grind look easy, after more than four years of tireless work from the Austrian factory to see the RC-16 come home first as Binder etched his name into premier class and KTM folklore.

Behind the rookie and factory taking victory for the first time in Brno, there were two more firsts after the awesome race day shake up at the Czech adrenaline factory too.

Franco Morbidelli (Petronas Yamaha SRT) took second and his first podium in the premier class, with Johann Zarco back on the box in third to give Esponsorama Racing their first MotoGP podium, via a spectacularly precise, pitch perfect and full gas long lap penalty.

Zarco, who was given the long lap penalty for making contact with Pol Espargaro which ended the latter's race, held firm to secure his first MotoGP podium since the 2018 Malaysian GP.

It rounded off a huge day for the Avintia team too, who achieved their first podium to add to the pole position as the MotoGP caravan is now all set to rev the hills alive with the sound of horsepower in Austria, which will host a double-header.