MotoGP analysis: How Quartararo claimed an emotional win at Mugello

Bengaluru, May 31: Yamaha's Fabio Quartararo claimed a commanding and emotional Italian GP victory to extend his 2021 FIM MotoGP World Championship lead to 24 points as he dedicated the win to the late Moto3 rider Jason Dupasquier. 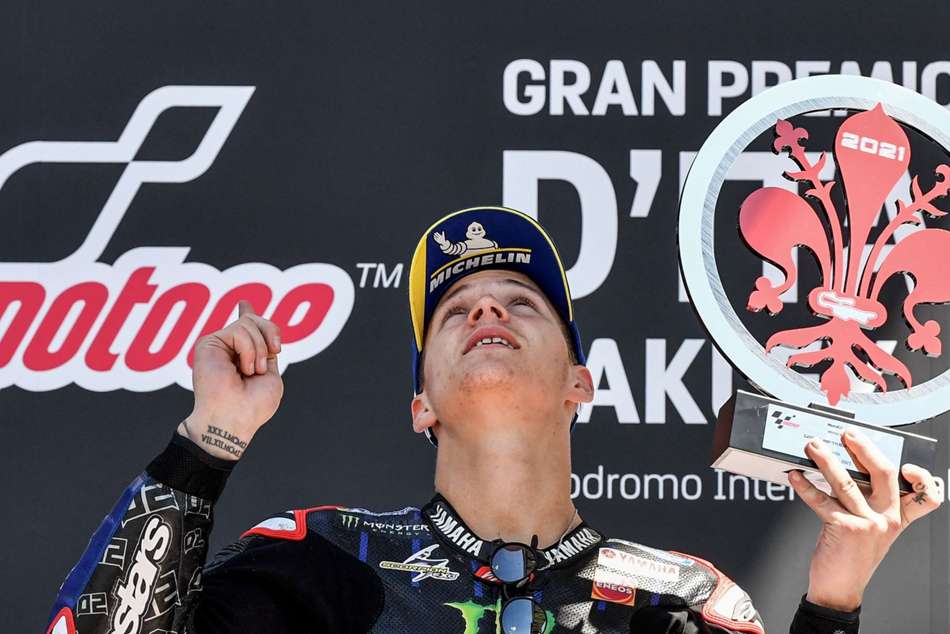 Comfortably lapping in the 1:47s, Quartararo was in a league of his own at Mugello and took a third win of the season by 2.5sec.

"That one was for Jason," the emotional Frenchman said after the win.

Everyone echoes the sentiments made by Quartararo in parc ferme, who proudly sported the Swiss flag on the Mugello podium top step. Ride in peace, Jason.

The MotoGP caravan moves to the Circuit de Catalunya next weekend with Quartararo looking for a repeat performance of his win there last year.

Before the MotoGP race started at Mugello, the grid observed a minute of silence in memory of Moto3 rider Jason Dupasquier.

His bike and members of his team led the tribute on the grid, joined by MotoGP riders and the Mugello paddock to extend heartfelt condolences to his loved ones.

The riders took the Swiss flag onto the podium in memory of Dupasquier as MotoGP community sent its condolences to all those he leaves behind.

The 19-year-old was involved in a multi-rider incident between turns 9 and 10 during the qualifying, with the session red flagged thereafter.

Oliveira back on podium

On the track, Quartararo broke the slipstream of Johann Zarco heading onto Lap 5 after making good progress on the twisty part of the circuit, and from there, the Yamaha star was able to edge clear.

By Lap 11 his lead was up to 2.7s over second place Zarco, who had Oliveira clinging onto his tailpipes.

Quartararo's new front start device worked well off the line as the pole-sitter managed to keep Bagnaia at bay until the braking zone, when the Italian dived up the inside to lead.

KTM and Suzuki completed the podium after a close race to lock out the top five on a difficult and emotional day in Italy.