MotoGP analysis: Quartararo's speed of show at the Cathedral

Bengaluru, June 28: Fabio Quartararo (Monster Energy Yamaha MotoGP) pitched the tactics to perfection in the Dutch GP at TT Assen circuit to come out on top, heading a Yamaha 1-2 ahead of team-mate Maverick Vinales as the two Iwata marque machines pulled the pin at the Cathedral of Speed.

The duo also pushed the factory past the milestone of 750 podiums, with Yamaha now counting on 751 with two riders on the rostrum at Assen. 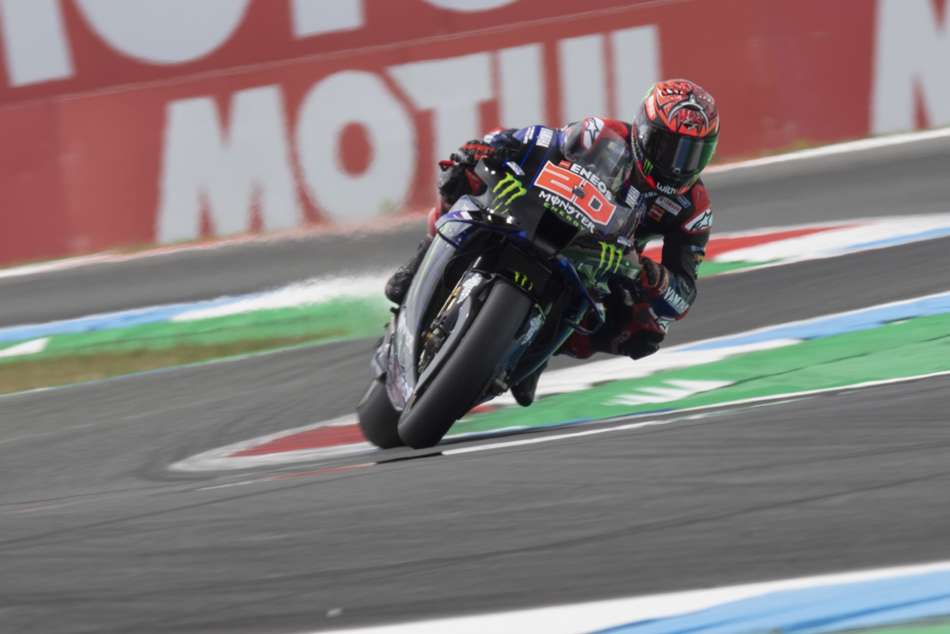 The leading Ducati at Assen was Johan Zarco in fourth place. The Frenchman was just 0.3sec away from the final podium spot, with fifth place Miguel Oliveira having to give up the chase to the podium finishers.

Francesco Bagnaia recovered to P6 after his long-lap penalty, a solid salvage job from the Italian, who beat Marc Marquez (Repsol Honda Team) by 0.075sec.

The six-time champion in premier class, started 20th, battered and bruised from huge highside, strung together a magnificent ride to secure seventh.

A much-needed five-week break is coming up for the Spaniard as for now!

Can anyone stop Quartararo in August and beyond? Who knows! The Styrian GP is up next on August 8, as the fight for the MotoGP title resumes at the stunning Red Bull Ring.

For now, it is time to reset, reload and maybe relax as the summer break awaits!

Vinales back on podium

Vinales delivered impressive late-race pace on the front soft tyre, but it was just not enough to reel in Quartararo.

Nevertheless, after finishing last at the Sachsenring, P2 for the Spaniard is a splendid effort as the number 12 returns to the podium for the first time since his Qatar GP win.

Mir's podium is his third of the season, yet another brilliant comeback ride from P10 on the grid.

Valentino Rossi (Petronas Yamaha SRT) crashed out fast at Turn 7, Miller went down at Turn 5. He rejoined but then had to stop with a mechanical problem.

It is time for summer break and a reset, with a double-header at the Red Bull Ring up next at the start of August.

Quartararo heads in with another win and a sizeable advantage at the top, but can anyone hit back in the second half? Join us for the Styrian Grand Prix on August 8.