Bengaluru, November 20: Less than half a second away from the all-time Circuito de Jerez-Angel Nieto lap record, Francesco Bagnaia (Ducati Lenovo Team) ended the two-day official 2022 MotoGP Jerez Test top of the timesheets, as could somewhat be expected based on the Italian's recent form.

But the timesheets were far from the whole story.. 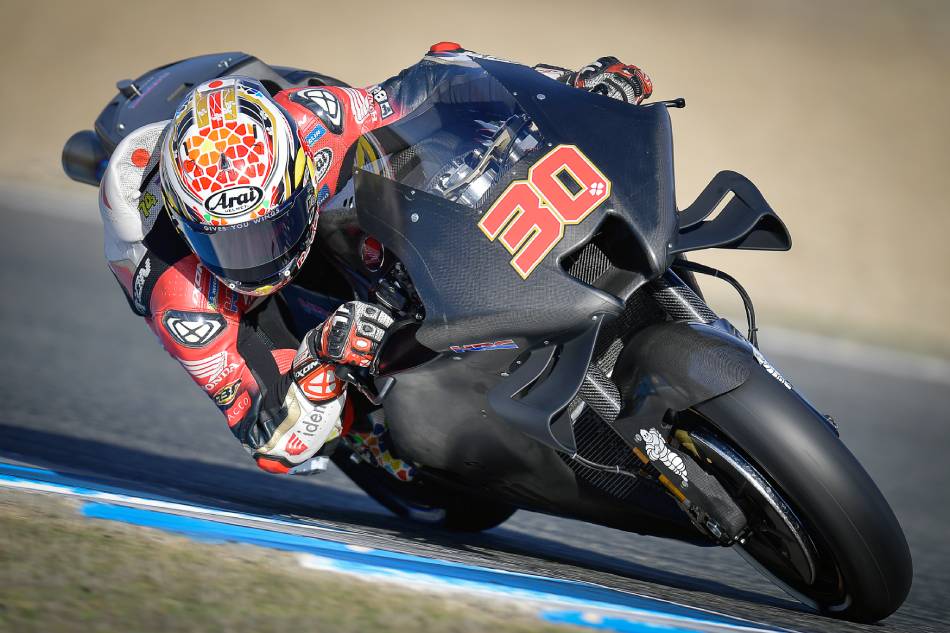 Straight out of the blocks on Friday, riding a 2022 prototype - meaning the newer engine, front fairing, air intake and more - Bagnaia went just 0.3s shy of Maverick Viñales' all-time Jerez lap record. A statement of intent? It certainly looked like it.

And it was a sure sign that the Bologna factory have gone into 2022 winter testing carrying the momentum they ended the season with.

With regards to the engine, a big talking point across all factories for the Jerez Test and beyond, Ducati won't be deciding their spec until the Mandalika Test in February.

As well as the front fairing and air intake, the next biggest difference seen on the factory Ducatis has been the new, much long exhaust. Both Pecco and teammate Jack Miller (Ducati Lenovo Team) were using it on Day 1 and Day 2, it will be interesting to see whether it makes an appearance at the Sepang and Mandalika Tests next year.

The new Yamaha chassis seen on Day 1 sported some modifications on Friday, and despite testing that and a new fairing, as well as continuing on engine testing, Quartararo said he struggled to find any clear positive step: the laptime with the bike was too similar to the older spec.

He is searching for better power, less wheelie and more rear grip for next year. He was second on Friday and third overall.

The word on the street from Suzuki was almost singular up and down pitlane: their 2022 engine is reportedly decided, although Joan Mir (Team Suzuki Ecstar) was more coy in his debrief.

The FIM MotoGP 2020 champion said a huge focus was on electronics with that new engine, and work continued on the chassis side.

As has been well documented, Honda have a brand-new bike for 2022. It's the only completely new machine at the test, with every other manufacturer having variations and adaptations from what we saw in 2021. Engine, chassis, aero, air intake, exhaust position... you name it.

HRC have been working tirelessly to bring a new-look RC213V to the grid, and on first look, things are seemingly going well for MotoGP's most successful manufacturer.

That's a wrap on the first glimpse of next season. The MotoGP riders won't be on track again until 2022, as a much-needed winter break lies ahead for the paddock.

Ducati will arguably head into the break as the happiest manufacturer, but it's very early days. 2022 is set to be bigger and better than ever, we can't wait to see what each factory rolls out of the box at the Sepang Test in February 2022.