Algarve, Nov. 22: Miguel Oliveira was delighted to finish with a flourish as he ended his time with Red Bull KTM Tech3 by winning his home race in Portugal. 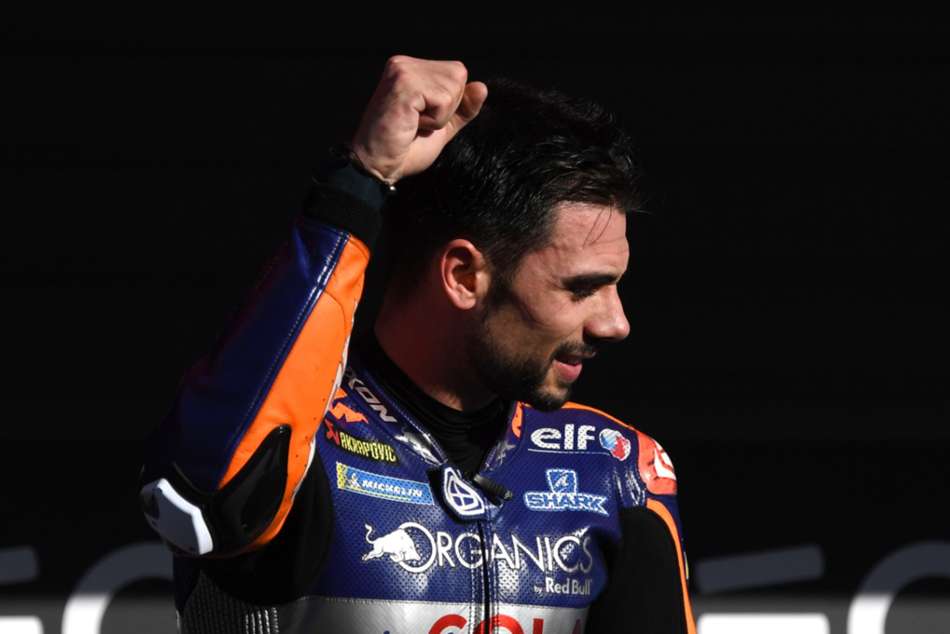 Having claimed pole position at the end of qualifying at the Algarve International Circuit, Oliveira duly led from start to finish to record his second victory of the 2020 MotoGP season.

The Portuguese, who had previously triumphed at the Styrian Grand Prix, will be stepping up to KTM's factory team in 2021 having impressed so far in his two years in the premier class.

"To win a home GP is something every rider wants to do. I only had one chance, so needed to make it count.

"I hope I have given good contributions to the team. Despite being a rookie last season, I think we were able to learn from each other and that's something unique. I've given a lot of things, but they've also given a lot to me.

"I couldn't be happier that I'm leaving the team at this point, with a win. They truly deserve it and I just hope that going to the factory team I can be able to develop these good relationships I have had with KTM Tech 3."

Oliveira had the opportunity to triumph in his own country after the Portuguese Grand Prix returned to the schedule for the first time since 2012.

The 25-year-old actually won twice as many races as newly crowned world champion Joan Mir in an eventful campaign played out without Marc Marquez, who was sidelined by injury.

While hopeful of continuing to progress following his switch next year, Oliveira is well aware how tough it is going to be with so little difference between all the teams.

"I'm optimistic about the future because our package can still have some modifications, which is nice. The bike itself is performing really well and now I'm able to ride the way I want to," he said.

"But our opponents will not sleep this winter – they will work hard and I'm expecting, as always, tough competition.

"This season, the level was crazy. Every rider, every team, satellite or non-satellite, the packages are so equal that you need to be on your toes, on your A game every time on the track, otherwise you end up out of the points."

Oliveira finished ninth in the overall standings, just 23 points behind second-placed Franco Morbidelli to demonstrate just how competitive MotoGP was this year.