After claiming P1 in FP1, the flying Frenchman topped FP2 with a 1:39.390 to beat Francesco Bagnaia by 0.132, with Jack Miller making it two Ducati Lenovo Team machines in the top three.

Behind Quartararo and the Ducati Lenovo Team duo, Joan Mir slots into fourth. It was a positive day at the office for the Spaniard and the number 36 heads into Saturday just a couple of tenths down on Quartararo. 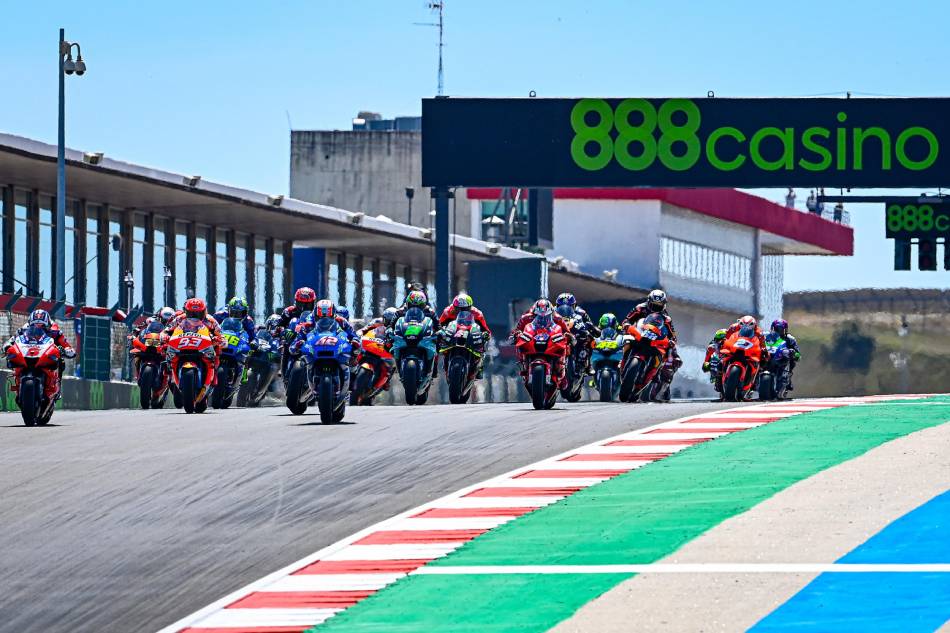 Fifth place Pol Espargaro leads the Honda charge, with Johann Zarco (Pramac Racing) moving up from P13 in FP1 to take sixth overall and in FP2, readying for his charge at the title of top Independent Team rider on Sunday...

Alex Marquez enjoyed his Friday on the rollercoaster and took seventh, the Spaniard heading compatriot Aleix Esaprgaro (Aprilia Racing Team Gresini) and LCR Honda team-mate Takaaki Nakagami in P8 and P9, respectively. The final provisional place in Q2 goes to Rins as it stands, but the top 15 riders are split by less than a second so far.

The top 15 riders are split by less than a second so far in Portimao, with home hero Miguel Oliveira (Red Bull KTM Factory Racing) struggling down in P19 in front of the Portuguese faithful.

The final 10 minutes then reared its head and, as usual, soft rear Michelin tyres and grabbing a top 10 slot was the name of the game.

Miller initially went on top, but Quartararo immediately shoved the Australian down to second.

Bagnaia was able to string a personal best lap of the day together on his final effort, but the Italian could not do anything from stopping the new world champion from cementing Day 1 honours.

He was also readying up for his charge at the title of top Independent Team rider on Sunday.

Will FP3 see another shuffle? The skies look likely to stay dry so it's all hands on deck for a time attack on Saturday morning from 9.55 am (2.25pm IST), before qualifying from 2.10pm local time (7.40pm local time).

Indian audience can catch the qualifying and all live action on Eurusport SD/HD channels. (By a special arrangement with Dorna Sports)